Twilight was both exhausted and bustling with energy at the same time and most of it was just emotionally which she thought shouldn’t really impact her efficacy all that much but when it came to what was on the line and where they were heading it made sense, after Spike was able to masterfully deduce where Anon most likely was (she’s so proud of him). Twilight was able to begin calculating the needed energy and coordinates of Hollow Shades and with help of Pinkie who apparently is very well versed in the calculation of non-euclopian geometry and with some talking down from her friends Twilight didn’t question how she knew any of this.

“Hey Twi, how much longer should this take?” The voice of an impatient Rainbow Dash almost broke her concentration on the two Waystones before her, taking a moment to stabilize the two stones before answering and instead speaking only to Rainbow to this moment to address everypony on the room.

“Due to there being no corresponding Waystones in Hollow Shades  besides the magical signature that Anon locked onto the safest way to transport would be to sock onto Anon’s magical signature or should I say his lack of one, Anon leaves a trail of Anti-magic wherever he goes and while its not strong enough to really affect anypony it does make it hard to use magic on him directly so I need to pinpoint the magical void he’s creating and lock onto the magic that's nearby” After finishing her pseudo magic lesson the sound of hooves clopping rapidly brought Twilight’s attention to the Princess who was still sitting on the couch and was staring at her proudly while happily clapping her hooves together. Trying to ignore the burning in her cheeks Twilight turned back to the almost finished Waystones and tried to stop the embarrassed smile from spreading across her muzzle. Feeling a tap on her right wither distracted Twilight from her embarrassment and brought her attention to Applejack and Rarity who were holding the basket and tea set they had brought respectively.

“Sorry to skip out so suddenly darling especially on such a important event but we need to go grab our sisters from school, we’ll be back quickly so don’t worry now” the quick explanation from Rarity and the corresponding nod from Applejack was all Twilight needed so she smiled and quickly told the two what time to be back so all of them could leave on time and thanked the two for taking so much time out of their day to help. Returning to the waystones Twilight continued to slowly and carefully sync the two up while thinking about what had happened today, the day she was supposed to unveil her biggest project that would change the way anyone would travel and bring the world together in a way never thought possible before, but now one of her best friends is hurting from something her other best friend said leaving her scrambling to fix the problems… but the more she thinks about it the more and more it seems like Twilight Sparkle couldn’t do anything about this. This wasn’t a friendship problem, it was a problem of the heart and this wasn’t anything she had any experience with. All she could do was fix the transporter and let Pinkie and Anon sort this out on their own… She really wished her BBSBFF was here to help, wait… maybe she could.

After Ivy revealed to Anon her species she had proceeded to sit down under the tree and not elaborate what so ever on her origins, she ignored most of the questions that were fired from the railgun that was Anon’s mouth and offered a coy smile to others like. Does she need to bury herself every once in a while or does she need to eat at all, if she could make other dryads and how does she use photosynthesis in a town of eternal darkness. The only question she responded to was one that drove her to a giggle fit. “What does sunlight taste like?”

“Radiation and Fire” Her answer and laughter made Anon pause for a moment before shrugging and assuming it was an inside joke and returning his focus on what was going to happen and how emotionally draining it was going to be. The determination that was burning low in the background roared back to full strength but was still just as aimless as before, Anon knew what he wanted and was willing to fight tooth and nail for her but being forceful wouldn’t help in this case. Taking a deep calming breath, Anon went and joined Ivy beneath the tree and really thought about his situation. Anon is a previously unknown creature that has only just been completely accepted by a magical pony society, the pony of his affections apparently hates his guts and has for quite a while now but kept it hidden when around Anon. Now that Pinkie has made her feelings known and probably got a dressing down by their shared friends, all of them are now trying to find and get to me as fast as possible so Pinkie can apologize most likely.

“That sounds like it's going to be dramatic” The still slightly amused voice of Ivy cut through Anon’s thoughts brought him back to looking around the frankly beautiful garden he was in. Anon simply rolled his eyes at her and stood back up absorbed in his thoughts once again, it seemed to please Ivy somewhat to see that Anon was thinking this through and wasn’t just trying to bull rush through. Anon was stuck, on one hand he wasn’t to simply forgive Pinkie and move on so he could try and improve their relationship but on the other hand… he wanted his feelings to be known. What she had said hurt and Anon wanted her to know that words have power, but purposely hurting anyone simply because they wronged you in the past isn’t the way to go. At this point Anon had begun pacing back and forth in front of the tree so absorbed in his thoughts he didn’t even notice the sudden appearance of a rapidly growing azure blue sphere, turning away from the sphere Anon walked a good twenty feet away before turning around and actually seeing the now human sized sphere and wisely decided not to get any closer to it.

Spike was 100% sure that teleportation sickness wouldn’t have affected him because he was so used to it with Twi but here he was with his stomach feeling like he just burped up Twilight’s whole library, bracing himself against the leg of the princess Spike first notice the glowing blue grass he and everyone else was standing on. Now distracted from his nausea Spike turned his gaze upwards and was rendered speechless by his new surroundings, they had appeared before a massive glowing rainbow tree surrounded by a giant luminescent park or something. A soft gasp from above him made Spike turn his attention away from the amazing scenery and up the leg he was still leaning against, it was a rare sight to see Princess Celestia lose her composure in any situation but right now her face held the deepest sorrow Spike had ever perceived and it was all aimed not at Anon who Spike was happy to see before them but a thestrial who was sitting beneath the luminescent tree with the slightest smile on her muzzle.

“Anon! You’re okay!” The first to speak was surprisingly Twilight who immediately teleported over to Anon’s side and started checking over his body with a few magical and medical instruments she brought with her, and the whole time she was apologizing for taking so long and his most likely ‘rough’ landing. Though the whole time Anon hasn’t spoken a word and that worried Spike in more ways than one, it wasn’t until Twi asked Anon a question that he did anything. With one hand Anon gently pushed Twilight to the side and stepped past her towards the rest of us, stunned Twilight didn’t stop him and her expression slowly turned from elated to worried. Everypony quickly realized who Anon was approaching and got out of his way leaving only two ponies or pony and dragon respectively, Spike and surprisingly Princess Mi amore Cadenza. The princess of love only lingering for a moment before letting out a deep sigh and wrapping a wing around Spike and guiding him aside with the others leaving a drooping Pinkie Pie on her own. For a while neither said anything, Anon’s expression was blank with not a shred of emotion on his face while Pinkie’s face was a veritable hurricane of emotions ranging from dread, to sadness, to worry and confusion, then settling on an odd mix of indignation and panic before Pinkie loudly broke the stalemate with her voice taking on a frantic tone.

“Well! Say something already, yell at me, insult me, I can take it! Don’t just stand there like a… d-doll or something, I get what I said was horrible but we can get past it right? I-I just don’t want to lose any of my friends… “ Near the end of her spiel Pinkie’s voice petered out letting the previously broken silence reform as we all gazed at Anon’s still unmoved expression. Almost a minute later Anon opened his mouth and spoke, his voice was calm and measure giving nothing away resembling the princess’s tone when she spoke to politicians or council members.

“ … I was waiting for an apology” At his response everyone’s eyes widened when they realized that yes, during pinkie’s outburst she did not apologize once for her words. Simultaneously everyone turned their gazes towards Pinkie who seemed to be coming to the same conclusion about her mistake and before she could amend her mistake Anon let out a soft chuckle and started to pace back around the tree before speaking again.

“ Heh, Something about my job must be pretty distasteful if I don’t even warrant an apology or maybe… it just me you find so distasteful, is it my species, my personality, my sense of humor? Haha well… I’m just your problem” Then ever so softly a melody started to grow from the background and much to the surprise of everyone Anon started to… sing. 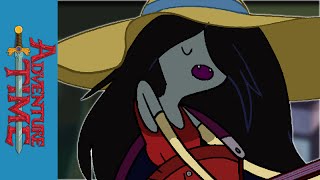 Is that what you want me to do?

Sorry I'm not made of sugar

Am I not sweet enough for you?

Is that why you always avoid me?

That must be such an inconvenience to you

I feel like I'm not even a person, am I?

Well, I shouldn't have to justify what I do

I shouldn't have to prove anything to you

I'm sorry that I exist

I feel like I'm not even a person, am I?

I'm sorry that I exist

I forget what landed me on your blacklist

I shouldn't have to be the one

Who makes up with you, so

Why do I want to?

Why do I want to?