"Calm down, please I did not know you were an officer." Tamenth said.

"Well, that don't mean you can go stealing." He said.

"But it was mine he stole it not me, honest." He stated.

"Yea ok, sure we'll just turn the other way like this never happened then." They were being sarcastic, but the young Dovah took it seriously.

"Why thank you, goodbye." He said.

"Wha-what, we were being sarcastic." But he didn't hear.

"Oh no." The Dovah was cornered in a alleyway quickly though.

"Sorry kid but your going to have to pay." He said getting closer.

"HEY, what do you think your doing with my... date." Shouted Rainbow from behind.

"Huh, you mean this guy, nope sorry, he was caught stealing', and needs to pay." They said.

"But, back were he comes from he's royalty, so he normaly just does what he wants, cant you just look this over once." She begged.

"Loud and clear." She answered back.

After they left Tamenth asked her something. "Hey ummm, I've been meaning to ask... would you...actually like to go... on a date?" He asked nervously 'Why am I acting like this I normaly don't, but this girl... every time I'm around her, I feel so weird... why?'

"Oh, wow, uhhhh." She was speechless to the question "S-sure... sounds like fun."

"How about this for an answer." She said getting closer to him, as their lips touched.

After a few seconds they broke the kiss, now the Dovahkiin was speechless. "Whoa." Was all he could say.

"Lets get back to the school, don't want to be late." Said Rainbow, all he could do was nod.

At the high school the girls noticed them holding hands.

"Awwwww, how adorable, Rainbow Dash and Tamenth, who would've though." Said Rarity.

"It's about time you said something, I was worried you would never speak again." Said Rainbow laughing.

"Lets get in, quickly." Said Twilight.

After a while they awarded Twilight Princess and we hurried outside when we heard spikes voice.

"Ha woman, you think you can stand up to me, I have killed many dragons in my day, you are nothing." Said thee Dragonborn readying his fists.

"But what about Twilight's precise portal to go home?" She asked

"Enough, FUS, RO DAH!!!" Shouted the Dovahkiin and she was blown back, just then something inside him, made him get the urge for more "fun", so it made him turn. "AAAAAAAAAGHHHHHHHHHHH!!! MY HEAD!!!" he then went unconscious.

'Dovahkiin, you have not turned, for years now, so I will make you turn.' Said a voice.

"NO. They will all think of me as a monster." He said back.

"Ohh, and they don't now, for you did explain your life to them." Dovahs eyes shrank, the voice had a fair point, so he decided to go along with it.

"And so it will be done." And with that he woke up.

"STAND. BACK. I. DON'T WANT TO HURRRRRT... YOU!!" He shouted, his voice starting to sound demonic.

"W-what?" She asked, she then saw his arms growing fur.

"Ha ha ha, you asked the same question the firrrrrst time I used a shout here... What was my answer then?" He said.

She remembered. "So, what about it.?"

"You don't even know my name." He started to get closer and closer then he pounced on her. "YOU WANT TO KNOW WHAT I AM... I am... DOVAHKIIN!!"

She was terrified, she couldn't speak.

"What's wrrrrrong... rrrrrrun out of quips, well I'm kind of thirrrrrrsty... I guess I can have a sample of yourrrrrr blood."

"N-no no please do- AAAAAAAAAAAAAAGGGGGGGGGGGGHHHHHHHHHHHH!!!." She was crying out the pain when the Dragonborns claw dug into her skin.

The Dovah started to whistle, a tune he heard when he was a young boy. 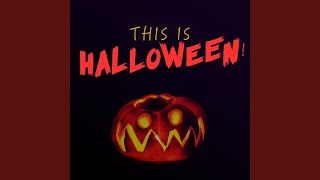 "Ok... I've had enough... Twilight, you do the rrrrest, I'm going to go rrrreal quick." He said to Twilight, she nodded.

He grabbed his clothes that he dropped, and went around the corner.

"Yuck, ugh, she tastes nasty." He said showing he was normal again.

"Tamenth, you back." Rainbow said, giving him a quick peck on the cheek.

"Aye. Where is Sunset?" He asked, then his answer came.

"The magic of friendship doesn't just exist in Equestria. It's everywhere. You can seek it out, or you can forever be alone. The choice is yours." Twilight told her.

"But... But all I've ever done since being here is drive everyone apart. I don't know the first thing about friendship." She said.

"But, It's like I said before." Said Tamenth, putting a hand on her shoulder. "Everyone... deserves a second chance."

"Th-thank, you." She said just then the sky got darker, and they all saw the Dovah's eyes shrink, to the shadow of a dragon.

"What's wrong, you can beat a dragon, you did before, right?" Rainbow said.

"No, that is no dragon... It is Alduin." Their eyes shrank to this.

"Dovahkiin, you think you can defeat me, or are you to scared, here let me help you out." Just then some things and a person fell from the sky.

"Lydia, and my armor, hmpt." He then proceeded to put on his armor and equip his sword and shield. "Lydia, get up."

"My, Thane, where are we why do you look so young?" She asked.

"No time for questions, Alduin is here, take the bow and arrows." He commanded, she did as she was told. "Alduin, you die here today."

"Oh, but let us have fun first, your choice either fight here, and let your planet and your follower die by me, or fight their, at you home, even in Sovngarde, and let these peasants die with this planet, either way both of these planets will be mine to consume." Tamenth was shocked, but couldn't make a choice.

"Tamenth." He heard someone say behind him, he looked and saw, Rainbow Dash go up and kiss his, when they broke she was crying. "Go on go home, it's ok."

He could not believe what he was hearing, she went back to her her friends where they comforted her. "Thane please stay... I will be fine." Lydia said.

He had two options A and B, But he had to make a choice, and fast, so he went up to Rainbow Dash. "I will not be going anywhere, without you."

She was filled with joy, she and her friends embraced him into a group hug

"Well, so be it Dovahkiin, I will be back shortly." He said.

"What are we going to do, what if you can't beat him?" Asked Twilight.

"What I do best." Then Tamenth stated making plans. 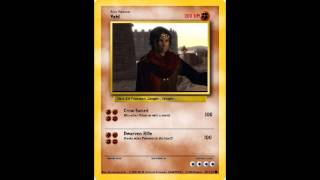 "Ahhh, Dovahkiin, I am back, are you ready to die?" Alduin Asked.

"Bold choice of words... but I do not fear anything." Just then Tamenth used a spell that made him a sword for only 120 second but that was enough

"YOL, TOOR SHUL." Alduin shouted. the Dovahkiin saw who he was aiming at and quickly use Greater Ward spell with his free hand.

"You do not hurt, RAINBOW DASH!!" He shouted, the Dovahkiin rushed at Alduin but he flew away, Tamenth was hoping he would do this. "JOOR, ZAH FRUL!"

"W-what did you do to me?" Asked Alduin

"Something I should've done... a long time ago." The Dovahkiin jumped onto Alduin, stabbing him repeatedly, into his skull, the slashed his neck open, blood poured out and Tamenth was covered in it. Alduin tried to fly away but the shout made him stay, Fluttershy started to cry at the site of a creature, not being able to fly, and just getting killed... by one of her friends.

"Because... IT IS MY DESTINY!!" He yelled, diving the final blow into Alduins skull, and jumping in front of him, Alduin exploded sending his body parts everywhere. Everyone saw the glowing light go into Tamenth's body, then when they knew it was over, they cheered.

"I did not know ya' were so talented... at killing Dragons that is." Said Applejack.

"My whole lives purpose was to end Alduin, so I kind of winged it." He said.

"For he was corrupted with evil, that other dragon was just following orders, Alduin just wanted destruction." He said calmly.

"Hey well you need to take a shower... you're covered in dragon blood." Rarity said.

"Oh well, where come from I'm a dragon." This made the Dragonborn laugh.

"Well, when I think of a dragon, I think, fierce, strong, flying fire breathers. But you no, Twilight here even told me how you cook with a pink apron, ha ha."

"W-well you said you have a soul of a dragon, where's your wings?" Spike asked.

"Yes soul of a dragon, body of a human though." He reminded him.

"Ah yes, that. Well for every dragon I kill I absorb their soul so they cannot come back to life." He said.

"So technically you are Alduin in that case." Twilight said, this made the young Dovah think.

"Could you just take a shower already, you reek." Rarity demanded.

"Not me." Twilight said.

"Me too." Spike finished.

"Oh, I can't hold it anymore." Screamed Pinkie, jumping over her friends and onto Tamenth. "Wow you do smell, you should take a shower." She said letting go.

"Pinkie, now you have to change, look you outfit has blood on it." Rarity said.

"Oops, sorry... it's just that he told me he doesn't like people to hug him, without permission." She said.

"Well, how about this... ugh I am going to hate myself, you can hug me whenever you want." Tameth said, Pinkies ears perked up.

"UGH, that was louder than my shout." He said. "Well I am off to... I believe I have spare clothes somewhere."

"Are we not supposed to be inside yet?" Dovah asked.

"Whoa, that was fast, anyway, no Twilights leaving." Rainbow said.

"Ahhh, so Sparkle... Tell me will you come back again?" Dovah asked.

"Miss me already huh... yea I'll be back, but only in three moons." She said.

"Three moons huh, well, see you then." He said.

And with that the Dovahkiin and his six new friends said goodbye to Twilight Sparkle, wait for her next visit.

"Yes... everything is going according to plan... I will show him pain, beyond his wildest nightmare... Dovahkiin prepare to meet you maker." Said a mysterious voice. "I know somethings, that you don't... MUL, QUA DIIV!"