Probably best if you listen to this 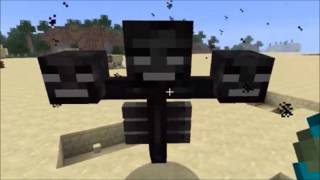 Finn and Jake stared at the Figure. The Figure concentrated Dark Magic into it's hoof. Finn pulled out his sword. The Figure smiled as it threw the Dark magic at them. The heroes looked at eachother and nodded before they ran forward.
Twilight and the others watched them fight the Dark Form that appeared. "Please be okay, guys" Twilight whispered.
Finn ducked and sidestepped out of the Dark orbs that were being thrown at him. Jake stretched and weaved out of the way as well. The Dark form growled at this before looking at Jake who was still distracted from the other Orbs. The Dark figure smiled before shooting a large Dark orb at him. Finn saw this and yelled "Jake, look out!". But it was too late... Jake was struck by the Dark magic and fell down. Finn ran over to him to check his pulse. There was none... Tears started to flow from Finn's eyes.
--One miserable blockade down, one to go-- The Dark figure said throwing a Dark orb at Finn.
Twilight gasped and covered her eyes.
The Dark orb flew closer to Finn. And closer, and closer, and closer.
--WHAT!?-- The Dark figure was stunned.
Finn's hoof had grabbed the Dark orb. And Finn shattered it.
"Twilight, look!" Marceline said pointing at Finn. Twilight opened her eyes to see a glowing light coming from Finn.
Finn's body was encased in the light. And everypony saw him change. His body grew to that of as grown Alicorn, and his wings ripped out of his bandages and grew to the size of an Alicorn's. And his horn grew to the size of Celestia's. The glow that envelped him went away to show Finn in his true form.
Everypony gasped at this.
--I-im-possible!-- The Dark figure stepped back.
"YOU'RE NOT GOING ANYWHERE!" Finn yelled in The Royal Canterlot Voice. Finn grabbed the Figure and slammed it again st the wall. "THAT'S FOR ENSLAVING THE PRINCESSES!" Finn yelled before slamming it against the wall and breaking it. "THAT"S FOR KILLING MY FRIEND!" FInn yelled before throwing the Figure forcefully to the snowy ground below. "AND THIS IS FOR EVERYTHING ELSE!" Finn yelled taking out his sword and stabbing it in the Dark figure's heart. "Enjoy Tarturus. MotherBucker" Finn said before slicing the figure in half.
--NOOOOOOOOOooooooooooooooooooooooooooooo......-- The Dark Figure dissipated.
The forcefield dissapeared.
"H-he did it" Twilight said. Finn turned back to normal. "It's all over" He said.
Finn flew back up as the Ice was beginning to melt. He walked over to Jake and sighed. Twilight walked over to him. "I'm sure he's in a better place" She said patting Finn on the back. Finn smiled "He's not going there for a long time" He said. "What?" Twilight said confused. Jake got up with his organs on one thumb. "That'll answer your question" Finn said smiling.

(He's the cliche' Ceremony now)
Everypony was cheering in the room. "Here we go, bud" Finn said to Jake. Finn walked forward with Jake up to Celestia and everypony cheered. "Today, I would like to thank you for saving us" Celestia said smiling. "I present you with this!" Celestia said pointing her hoof to a curtain. Two ponies lowered it showing an stained glass picture of Finn and Jake and the others fighting their Dark forms and on the top was Finn in his true form fighting the Dark figure. Two ponies put medals on the heroes. "The heroes of Equestria!" Celestia said. Everypony cheered as Finn and Jake waved.

"It feels nice to be treated like this" Finn said to Jake and Twilight. "Yeah, it sure is, bud" Jake said smiling. "Hey, Finn?" Twilight asked. "Yeah?" Finn said. "I gotta show you something in my old room at the castle" She said blushing. "Oh... Okay" Finn said blushing as well. When they were out of earshot, Jake looked at the viewers. "Something tells me I'm gonna have a baby cousin soon" He said winking. "I'M STILL UP HERE!" Blueblood yelled. "Shut up! I don't care!" Jake yelled back. He looked back at the viewers. "Dude's a total Douche'" Jake said shaking his head.

END OF BOOK ONE