Rainbow found herself clad in light armor in the fantasy dream world. She was aboard a pinque, sailing toward Ithaca.

"So I'm a war hero, eh?" Rainbow remarked. She explored her new ship and, after a while, relaxed at the boat's stern.
"Sweet dreams are made of this~
who am I to disagree?
I travel Equestria and the seven seas-
everypony's looking for something~" Rainbow sang cheerily. "Hmm.. do I get to fight Cycloponies along the way?" She wondered.

"Hold on, Dashie," A transparent window with Twilight's image within popped out in front of Rainbow.

"Wha? I didn't expect to see you here," Rainbow said.

"This scroll allows me to communicate with the dreamer," Twilight explained. "Oh, I was going to remind you; it's almost morning."

"Ehh? Already?" Rainbow said. "Hey, do me a favor and speed up the story - I want to see the climax."

"Fine, I'm on it," Twilight replied. "But I'm going to have to make it quick," the window disappeared.

The wind suddenly took up speed without warning, and the boat shook violently. A storm was brewed as if the sea monster Scylla conjured it. Rainbow raised a hoof to cover her eyes from the ripples and murmured, "..did I spill the bag of winds or something?" An unexpected gust hit Dashie, causing her to lose balance and be thrown out of her pinque.

POMF!! Rainbow rolled down from her bed.

Surprised, Twilight looked at the baffled and flinched pegasus. "Did you just fall down from your bed?"

"Me? Fell from my bed?" Rainbow said sarcastically. "I fell from the moon!" She muttered.

"Rainbow-" Mrs Firefly entered the room. "Good, you didn't oversleep! Neat mane, by the way." Firefly commented at her daughter wearing her mane-clip.

"Have a good day at work, Dash," Twilight yawned and lay down for a nap. "I haven't slept the whole night..."

"Dreaming is harder than I thought," Rainbow flew toward the weather station. "At least I woke up early today." En route, her optimism was stymied when she realized she had forgot to prepare for today's cloud seeding. It's a relatively new technique where instead of manually gathering clouds, a catalyst is used to congregate rain clouds automatically.. which Rainbow knows nothing about how to handle the said catalyst. Rainbow snuck into the staff's locker room and snatched a copy of the procedure manual. However, soon she was beleaguered with yet another problem. Dashie has what Twilight would say a narrow vocabulary, and she was stuck... on the first few sentences.
"Ack! What the hay is an ice nuclei?!"
Rainbow threw her hoofs up in frustration and sprawled across the floor. "I'm so toasted."

Rainbow stopped her moping when the door creaked open and she heard a chuckle. "Looks like thou have a conundrum here," Princess Luna showed herself. "Don't understand the manual? Allow me to help." Luna pulled out a small, red berry. "This is the fruit of cognizance. It'll give thee a burst of intellect." She dangled the berry in front of Rainbow. "Go ahead, eat it. Be not afeard!" She implored.

Rainbow tossed the berry inside her mouth and chewed. "It tastes not bad.." She suddenly felt a jolt of wit. "My brain feels refreshed!" Rainbow looked at the manual a second time. "Dispersing cloud-condensation nuclei, or 'ice nuclei' into the air will produce ice crystals... I understood it! ahaha! sigh~" She felt relieved and relaxed, closing her eyes without knowing it.

"..." Rainbow Dash came to and found herself still in the locker room. "Was that.. a dream?" Rainbow groaned. "I knew things aren't that easily solved... Oh right, gotta get to work!" She bolted out the door.

"Cloudkicker, you're in charge of the north-western quarter of Ponyville's skyline," The weather headmaster tossed a bag of catalyst to her, which she catched promptly. "Blossomforth, the north-east," he passed her a second bag. "Now, where is Rainbow Dash?"

"You know how to work this thing, right?" The headmaster gave her a bag.

"Good, I'm off." He apathetically flew off to the south-west sector. "You're responsible for seeding the south-east; after that, work is dismissed afternoon."

Rainbow opened the bag and stared at its contents. "Wait.. these look strangely familiar." Her thoughts gestated, recalling the image of the catalysts from the instructural manual. "So I did read it! It wasn't a dream." Rainbow was astonished and at the same time stumped. "Strange.. it felt so surreal."

Enjoying his early work break, Rainbow slowly trotted across the quiet streets of ponyville, her brain occupied about the atypical events happened recently. The sky overcast was misty from the cloud seeding at work. She unmindfully walked pass an intersection with a dim figure who nonchalantly observed her. Dashie stopped in her tracks after realizing whom the figure is.

"That was Luna!" Rainbow cantered into the corner, but Luna' silhouette wasn't found. "Where'd she go?"

"Hello there," Luna chuckled. "Looking for me?" She elegantly descended from a nearby willow tree.

"Ah," Rainbow composed herself. "Say, do you have more of those fruits?" Rainbow inquired gleefully.

"Hm? Those fruits are trivial compared to what I can offer," Luna expressed. "Thou will find it much more compelling."

"Even more than the fruit of cogna.. cognizance?" Rainbow said.

"However!" Luna cut her off. "It can only be obtained in the dream world of Swordcraft."

"Swordcraft?" Rainbow responded by repeating her.

"That's right." Luna took off in a small twister. "I'll see thee there!"

Rainbow stared intriguingly while at a loss for words. "Am I dreaming?" She brought out her wing and nipped it between her teeth. "Oww! This isn't a dream." Rainbow concluded sheepishly.

Twilight woke up from her revitalizing nap in Rainbow's bedroom. She stretched out her legs and trotted to the living room, where she found a pile of mail lying in front of the door. With nothing better to do, she picked them up and organized them, placing them neatly on the living room table.

"I'm back," Rainbow said as she entered the living room. "Hey, what's this pile?"

"Just some advertisements." Twilight responded. "Something about the newly-released novel called 'Swordcraft'," She explained.

"Ehh! Swordcraft!" Rainbow exclaimed after hearing the title. "Buy it and let's check it out!"

"But eh, it's kind of expensive," Twilight replied. "I can order it for the library's collection in a while after it's discounted."

"Pleeease~" Rainbow snuggled close up to Twilight. "Do what you can to purchase it now."

Rainbow Dash and Twilight sat quietly in Dashie's bedroom, waiting for the novel's delivery. It was a brand new novel, so the bookstore ran out of stocks pretty quickly. Outside, the dusk rain was pouring slowly and steadily.

"Did you really order it?" Rainbow was making sure.

"Of course! I barely paid the fees, with the mailing costs and all that." Twilight replied. "I know what," She suggested. "Since we have time to kill anyway, let's check out our friends' dreams."

"You can do that?" Rainbow asked.

"Yep, with the scroll's help," Twilight conjured a transparent screen with a velvet flash. "Let's take a look at Pinkie's dream." 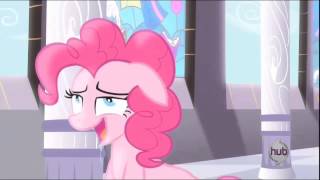 "Wha" Rainbow said uncomfortably. "Who knows what she will brew up in her bizzare dreams."

"That was... unconventional, to say the least," Twilight paused the dream signal with a glow of her horn. "Well, let's move on to Applejack's dream."

"I can almost guess what she'll dream," Rainbow commented. 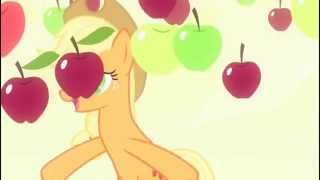 "OK... We'll just... let her do her business," Twilight respectfully cut off the dream signals.

"Heh, I wonder what Fluttershy dreams at night." Rainbow suggested.

"Alright, one last one." She altered the dream signal, but all that came up was static. "Strange, I received nothing."

"Is she not asleep yet?" Rainbow asked.

"I guess so," Twilight replied. "I presume her nocturnal animals have some special needs." Twilight rested her chin on her hoof and commented. "Dashie, you could learn something from the considerate yellow mare."

"Yeah, yeah, I'm pretty hardworking. Don't you worry," Rainbow was interrupted by a voice from outside the window.

"Delivery!" The voice pleasantly sounded. The couple turned to the mailmare Derpy Hooves. She was in a raincoat, not minding the dribbles of the cool rain. She's used to the night-time shift.

"Thank you for your hard work!" Twilight received the package, the novel safe inside.

"Have a good night!" Derpy bid farewell, then flew away. "Enjoy your book!"

"Swordcraft," Twilight read the cover. "This should be interesting." She imbued a mane-clip with the novel and handed it to Rainbow.

"Sweet dreams," Rainbow lay down on her bed.