Story of the Blanks: Freedom of Souls

The Everfree Forest. Usually, the sun rays weren’t able to pass trough the trees, making the forest scarier than normal. The Chaos magic sensed there was too strong, and even the animals weren’t there too long, even dragons. The one dragon who lived in the Everfree was a criminal, and sentenced to live on the cursed forest for 300 years. Steven Magnet, a sea serpent, usually roamed trough the waters of the Everfree, but he never stayed.

In short, the Everfree wasn’t a nice place.

However, this day was different. The sun managed to shine across the entire forest, showing a clear route for the Alicorn, the two Earth ponies and the ghost inside of the filly. It seemed like Celestia and… whatever the Everfree magic was, were joining forces to help them. Soon, the group reached the place where Ruby and Apple Bloom met.

“this is it. The entry ta tha cursed town is here.” Apple Bloom said.

"are you ready? Once we enter, there’s no way back, until we finish this… or we die.” Ruby said.

“we know. And we are ready.” Twilight said.

“is this because ya hated Zecora?”

“well, not exactly hate-hate, but somethin’ like tha’. ah was scared.” The cowpony said. “scared of wha’ever was on tha’ forest. But now ah know there are good things here, ah’m not so scared anymore.”

“some things you must not knoW. For You WiLl Die.” 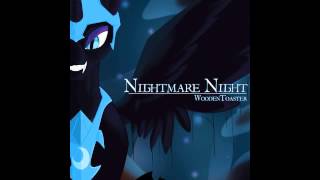 A creepy voice was heard from the path. From it, a zebra appeared. Zecora, the only equine resident of the Eerfree.

The equine looked like the Zebra, but her eyes were big red balls, and her hind legs looked… putrid. They were oozing a weird red liquid, which didn’t look like blood, but something like it. The legs looked Like they were rotten…

“behind me, girls!” Twilight declared, seeing the sick legs. Needless to say, both Apple sisters obeyed her. At the same time, Twilght put a shield in front of them.

Zecora(or the thing that looked like her) laughed. “yoU REALLy tHINk yOu Can defeat The Curse? NO!” suddenly, she threw her hooves to the shield. It started to break, for the alicorn’s confusion.

“How? This shield is strong! How are you able to break it?!”

“ThIS ZebRA’s MaGIC iS VerY StrONG! YoU’Re nothing COmpaREd wIth THE CURSE!!!” ‘Zecora’ said, pushing more of itself into the shield, effectively breaking it more.

“i… can’t… maintain it… much… longer!” Twilight exclaimed. Apple Bloom noticed the strain in her body, and immediately tapped into her powers.

‘Zecora’ felt it’s body heavy, and slow. It managed to see the teal aura on it, before being pinned down into the floor. It struggled to move, but Apple Bloom’s Psycho-powers were too strong for it.

“fREE Me! FrEe ME!” the zebra tried to escape, but the bonds were too tight. Applejack and Twilght used that streak of luck to use the rope the oldest Apple brought, and trapped her. However, Twilight stopped in the zebra’s leg. Applejack noticed it.

“Twi! Why did ya stop?! Mah sis cannot hold this thing any long!” Applejack said, looking at Apple Bloom, her eyes expelling that aura again.

“I know… is just that…” Twilight said. “she has a bite on her leg.” It was true. The zebra had a bite, and from it, the corruption seemed to expand. However, it stopped in it’s Cutie Mark, and returned from the other side. “it looks like a magical virus…good thing that Redheart taught me to use a healing spell.” Her horn glowed, and, while trapping the zebra with the lasso, she put it in the wound. At the same time, Apple Bloom released her powers, just before nearly losing control again.

The moment she did it, the equine started convulting, as possessed by a demon. It’s body twisted left and right, as if to escape from the spell and rope. However, it was futile- both things were too strong, and, finally, it stopped moving. It’s red eyes stoped glowing returning to it’s blue, normal coloration. it's-or her- hind legs began to fix themselves. When it was all done, Zecora, the zebra, returned to her senses.

“ow… what happened with me? I was searching for something, then I was here…” Zecora said, with her normal voice, and in her normal rhymes. Wiith that, Twilight and Applejack released her, the cowpony still careful.

“Zecora! You are you again!” Apple Bloom exclaimed.

“ i…what happened right… oh, my…” Zecora saw the bite in her legs, remembering everything. “I was attacking… and controlled… by the devil… I’m sorry.”

“there is a creature of full darkness living here in the Everfree. This creature is a zombie, you see.”

“and I’m glad Spike is home right now.” Twilight thought to herself. “he wouldn’t sleep tonight if he heard that…”

“I’m surprised you know about them. I presume you have a relation, then.” Zecora said.

“we are here for the prophecy of the Blood Moon.” Twilight explained. “and to finish some unfinished deals.”

“the Blood Moon, I know what it is. But you must hurry up, or dead all we’ll be.” Zecora said.

“about that, how do you know about the Blood Moon?” Twilight asked.

“I live here, in the Everfree. I told Princess Celestia about the curse, you see.”

“so that’s why she only told me until now, because she didn’t know about it.” Twilight said. Then she turned to the Apples. “ok girls, we need to run. If i’m right, we only have 2 hours before the night begins.”

“but how are we gonna’ go ta Sunny Town? Tis’ tha’ only way.”Apple Bloom said.

“there’s another way, but it is longer. An hour and a half, and you are set there.”

“what?! Isn’t there another way?” Twilight asked. Zecora shook her head. “alright…” she sighed. “then tell us where to go.”

Zecora leaded them to a hidden path near them. “follow this lead, and you will find the dead.”

“I fear I’m too scared to go back. If I go there again… I fear I might not return sane.” Zecora said. This time without rhyming. That scared the two Apple sisters and Twilight. They knew Zecora, and if she didn’t rhyme… things were really bad.

“… ok. Then we’ll see ya when we finish tha’ curse.” Apple Bloom said, cutting the silence that followed after that.

“thanks, and I pray, that your quest will be safe.” Zecora said, taking another path to her hut, looking at every side, scared.

“now I’m scared. If the Blood Hooves scared Zecora that much…” Twilight said, her wings and legs shaking a bit because of that.

“unless they bite you, they aren’t so scary.” Ruby said.

“if they were so scary, ah woudln’t affered mahself to come.” Apple Bloom said.

“it scared me when ah was a filly, but lookin’ back, tha only feaky thing was tha color of tha moon… an’ maybe them flesh.” Applejack shuddered, though she was smiling. “that was Disgustin’.”

“girls…” Twilight felt more sure. “ok, let’s finish this curse once and for all!”

With that declaration, the group headed trough the way, ready for whatever they would find…

and aware, thanks to that meeting with Zecora, what would happen if they failed.