Rarity had to begin by navigating numerous tents, all placed around the stores, obstructing the parking lot. Spike noticed that a lot of the tent were inhabited by Daleks: "ALL SHOP-PING COM-PE-TI-TION SHALL BE EX-TERRR-MIN-A-TED!!" Spike felt chills up his spine hearing that remark. Rarity's determination was enhanced from hearing this...

...and Rainbow Dash was too tired to be of any use.

They found themselves waiting in an endless line for the bookstore that began near the end of the parking lot. It had sentient life forms of all origins, Ponies, Zebras, Donkeys, Buffalo, Daleks, Diamond Dogs, Dragons, Cyberponies, Changelings, Sontarans, Silurians, Griffins, Zygons, Onagers, Przewalski's Horses, Arabian Horses, and Tarpans.

"What are they all waiting for?" Rainbow Dash asked.

A Cyberpony turned around and faced Rainbow Dash intensely: "We are. Waiting. For the new. Daring Doo. Book."

A sound of a brief, high choir, played in the back of Rainbow's head..."Daring...Doo?"

Needless to say, the line was then "Deleted" as the Cyberpony would put it.

And so the fight began.

"What do we do now Rarity?" Spike squealed.

Then a tall stallion with a short, dark mane, black leather jacket, Northern accent, and large ears replied: "The only thing you can do Spike: Run for your life!"

Rarity then bore upon her back as she retreated so a department store, preventing Spike from knowing who the stallion with the big ears was and why he knew Spike's name.

Pinkie Pie began her trip by looking for old Hearth's Warming ornaments. She found a basket of gold balls, and a basket of red balls, and she couldn't decide which was better for her tree! So she decided to test them. She dropped the red ball, and it bounced right back up to her hoof! Perfect! Then she dropped the gold ball, and it broke on the floor. Excellent! And because she liked how it shattered, she decided to take another gold ball, and dropped on the floor again. Once again, it shattered. How fun!! It made her smile broadly. She bounced away happily, only to leave store clerks investigate much later, wondering why were there broken ornaments on the floor.

Then Pinkie Pie had obtained many clothes that (she thought) matched, starting with a large set of checkered pants, blue work shirt, polka-dotted bow tie, brown cumberband, and a huge tuxedo jacket with ankle-boots and a mottled black-and-silver Beatles wig; then she got a brown fedora, old-fashioned dress shirt, brown curly wig, multi-colored waistcoat, grey pants, and a red velvet jacket with a scarf of many clashing colors that was long enough to be likely sown for a giraffe; then she acquired a cricket uniform with red highlights, a white sweater, and red-striped pants, and one look told Pinkie that a vegetable was required for the lapel; after that, a pale waistcoat and a dark green frock coat with a curly, chesnut wig and a large, floppy, grey tie; then an old-fashioned military-style black leather jacket, black pants, green shirt, and combat boots; then a pintriped brown n' blue suit with white trainers and red tie; and then a brown tweed jacket with grey pants, a red bow tie, and matching fez. She could be a fanshionista like Rarity! Her friends would be so happy with her!

But then a rabid frugal-living mare who was a mother of six foals saw all those clothes that Pinkie Pie got and said one syllable: "MINE!!!"

Pinkie then ran for her life jumping right over the store-counters and the cash registers without even paying a dime, and thus setting off all the alarms: "I PROMISE I'LL PAY FOR THEM LATER!!!" Pinkie screamed. She dashed off to an alley, hoping to find a hiding place for her booty. Then she found just the thing: a large blue box. Without even looking at the interior, she threw all the clothes inside the box, where she hoped no mare or stallion or cyborg beast would ever think to look.

Then she bounced to the Mare and her foals to distract them away from the police box, but she didn't notice the hobbling old stallion going to the police box. He opened the door, revealing a far bigger chamber...it was much bigger on the inside. And then he bent down, and saw a pile of tacky clothes...

"...Who left all these rubbish clothes here! Oh...but bow ties are cool..." he added, beginning to try one on.

Rainbow Dash had fought her way all the way to the front of the line, and there they were, A. K. Yearling and co-author Twilight Velvet, signing copies of the Daring Doo books together. Right in front of Rainbow Dash was a tall, thin stallion wearing a brown and blue pinstripe suit and white trainers. "'Allo 'allo 'allo! You're the great authors of this equally great book, aren't ya! I love all your work! You're the bestiest best of the bestest!!" "Well...yes..." Ms. Yearling admitted.

"A book signing??!!??" Rainbow shrieked. No wonder there were so many creatures outside of the bookstore! How could I have not known!!"

The tall stallion turned his head around and gazed intensely at the mare.

Rainbow looked back, and asked "what?"

"How could somepony so fair...be the cause of so much pain?" he said, giving Rainbow a gentle caress. "One so young..." there was pain in his eyes, like he was looking at the catalyst of disaster.

And this music played in the background: 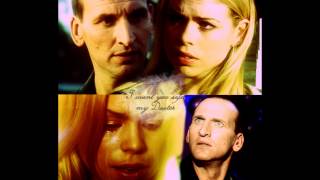 "Doctor..." the Zony companion of the Doctor said. "Cuh-reeeeeepyyyyyyy..."

"Oh, right! Sorry, I'm so, so sorry, I was just admiring the very catalyst of the Last Great Time War. Yeah, yer pretty brilliant, aren't ya?"

Rainbow only nervously backed away from the Doctor. "Who...who are you?"

"You know Heartha, why does everypony ask me that bloody question?"

He looked back, and there in fact, was a massive line behind him.

"Whateveh! And you too miss Velvet!"

Rarity and Spike made their way inside a large department store full of avante-guarde clothes. Spike could only muster a small "wow".

Rarity then barked: "Well?! What are you waiting for Spike?!! Get going!!!"

"Why, fabulous shopping of course!!!" And with that, Rarity plucked a dress from a nearby rack. "Ta-da! Oh, this would make a lovely dress for me!! And this one! Oh, Fluttershy, would love this! But not as much as me! Oh-ho-ho-ho!! And Pinkie would die for this thing! But again, she won't appreciate as much as me! And Twilight would look smashing in this! But not as smashing I would loot in it-"

"YOU WILL GIVE THE DRES-SES BACK TO THE DAAAA-LEKS!!" Rarity made a mistake: She mistook a Dalek for a rack.

"HAVE IT YOUR WAY...EX-TEEER-MIN-ATE!!!" and then an eletron blast emanated from the left appendage of the Dalek, but Rarity dodged it and so did Spike. However, it hit a passing mime.

"CAN I GO OUT WITH MY FRIENDS TO EX-TER-MIN-ATE SOME LAWY-ERS??" (Daleks are not purely evil)

"HOW IS YOUR HOME-WORK CO-MING A-LONG?"

Rarity siezed this opportunity to leap over the carcass, with Spike in tow, but not without gaining some attention from the Daleks: "EX-TER-MIN-ATE!!" Rarity and Spike were able to leap and bound away from the blasts, but many ponies were shot and killed in the process. Spike suddenly realized this and stood still suddenly, beginning to cry, yet Rarity was utterly unfazed. She instead built a barricade out of the bodies. Spike asked, "Rarity...isn't that...isn't that...disrespectful?"

"Shopping is Hell." Rarity said simply. She then emanated blasts from her horn, and Spike soon heard, "MY VI-SION IS IM-PAIRED, I CAN-NOT SEE!!!"

Spike peeked, and saw the flurry of rays from the Daleks and Rarity, and then he noticed a stray shot of Rarity's hit an elderly mare, who collapsed, dead-weight. "RARITY!!! YOU MURDERED HER!!"

"Oh, that straggler. You see Dearie, first of all, that was not murder, that was mare-slaughter, a casualty, collateral damage. Secondly, Life is cruel; should shopping be any different?"

"Rarity, this isn't shopping, this is a massacre!!"

Rarity chuckled, and said with a disturbingly cheery voice "Oh Spike, they are the same thing- Oh, Bull's Eye!"

The most distressing thing was that the cashier did nothing, except for rest her head on her hoof, and slowly chew bubblegum, as if indoor combat were to be expected. Spike observed this and realized something: "Rarity, this has happened before, hasn't it?"

"Oh, of course not Darling! Last year, I butchered Zygons!!"

Twilight was making herself busy in the gun shop, and so Fluttershy just shied away in a corner where she would not be seen. She felt nervous to be surrounded by all those firearms, and there was Twilight, ordering guns, and getting increasing panicky at how they just weren't oh-so-perfect as she hoped. But then Twilight made a VERY sweet deal.

"So Fluttershy, do you know how to use a bazooka?"

Spike couldn't leave the store without tripping over a corpse, or stepping in a puddle of blood. It was gruesome. Rarity was not perturbed, however, happily went to the cash register, and trotted out the door to pass by two of the few survivors of a typical Black Friday massacre.

"No, you're not allowed to blow the store up!" Rarity yelled. The stallion looked dumbfounded at this. Spike, desparate to win the heart of his marshmallow, joined in: "Yeah, uhhh... back off and um, don't, well, blow the building up, heh-heh" he finished uncomfortably when the Arabian horse began to scowl at him. But his compatriot, also an Arabian Horse, and capable of speaking Equestrian, only chortled: "Happy Holidays you two! I wish we met at better circumstances!"