A Great Day Together

The sun barely began to rise over the horizon when Fluttershy began to wake. She let out a yawn stretched her legs. She was about to wake Lightning Twister until she heard crying coming from upstairs. Fluttershy ran up the stairs worried about Lightning. When she arrived at her bedroom she saw Lightning wrestling with the covers before curling into a ball. He trembled like a leaf while crying and whimering with fear. Fluttershy immediately scooped Lightning into her forelegs and cradled him close to her. She made a soft hushing sound to try and calm him down, but she stopped when she heard Lightnings voice.

"N-no! D-daddy p-please don't h-hurt me!" Lightning cried. Fluttershy gasped in shock he was having a nightmare about his father hurting him. She was about to wake him up until he heard his small broken voice speak once more.

That was all Lightning said before waking and breathing heavily. His teary eyes met with Fluttershy's and he buried his face into her neck and let his tears flow free. Fluttershy felt tears of her own fall as she closed her eyes and continued to make a soft hushing sound in Lightning's ear. She rocked him ever so gently as his tears continued to flow. After a few minuets Lightning had calmed down a little, but still had tears streaming down his face. Fluttershy very gently brushed the tears away with her hoof and nuzzled the colt to comfort him,

Lightning was about to speak until Fluttershy said to him softly, "Shhh...It's okay sweetheart, I'm here. Go back to sleep."

Lightning smiled at Fluttershy and fell asleep in her forelegs. Fluttershy gently kissed him in the forehead placed him back in her bed. She very carefully tucked him in without waking him. Fluttershy stood there and softly smiled at the little colt while gently stroking his head until she heard a knock on her door. Giving Lightning one more kiss on the forehead, Fluttershy flew downstairs to see who was at the door.

When she arrived downstairs and opened the door, she was greeted by all five if her friends.

Pinkie Pie jumped into the room and shouted at the top of her lungs excitedly, "Hi Fluttershy! Where's the little cutie Lighting Twister I want to throw him a "Welcome to Ponyville" Party! It's going to be so much fun! There's going to be cake and cookies and games and-"

Pinkie was cut off by Fluttershy's hoof in her mouth. Fluttershy looked upstairs hoping that Pinkie didn't wake Lightning.

After a few seconds if silence Fluttershy let out a sigh of relief before said to Pinkie in a very stern tone. "Pinkie you need to calm down and be quiet. Lightning's asleep and I don't want you to wake him."

Pinkie nodded her head and Fluttershy took her hoof out of Pinkies mouth.

Turning to the rest of her friends she began to explain what had happened with Lightning a few minutes ago.

"I was going to wake him up, but I heard him crying upstairs. When I made it upstairs, The poor dear was having an awful Nightmare. He was trembling uncontrollably when I got closer to him, he was crying and screaming like he did the night I first found him."

Twilight and others nodded their heads in understanding before Twilight asked, "Do you know what the nightmare was about?"

Fluttershy nodded her head. "He was dreaming about his horrible father hurting him."

The group looked at each other with concern before Fluttershy continued to speak.

"He was also dreaming about his mother. He was begging her not to leave him."

Fluttershy and her friends looked down in sadness knowing how much this little colt has gone through.

"He finally woke up and I had never seen him so scared and upset." Fluttershy said "I was able to calm him down though. I rocked him to sleep like my own mother did for me when I was a filly."

The group smiled at Fluttershy softly before Rarity spoke up. "That was a wonderful thing for you to do darling." she said earning nods of approval from everyone else.

Fluttershy smiled before looking down in sadness. "Oh girls, I don't know what to do with Lightning." she sniffled as small tears formed in her eyes.

Rainbow Dash trotted up to her longtime friend and placed a hoof on her shoulder. "You don't need to do anything with him Fluttershy."

Fluttershy looked at Rainbow with confusion before Applejack trotted over to her and said, "What she's trying to say sugarcube, is that your doing just fine."

Fluttershy smiled at her friends and thanked them each for their reassurance.

After a few hours of talking everyone said there goodbyes and Fluttershy went upstairs to wake Lightning once again. Lightning continued to sleep peacefully until Fluttershy gently nudged him. Lightning opened his eyes and yawned. Fluttershy lifted him and placed him in her lap.
She smiled and looked into his eyes before asking him, "are you feeling better, sweetheart?"

Lightning nodded and laid his head against Fluttershy's neck.

Fluttershy stroked his side with her hoof for a few minutes before asking, "Would you like some lunch, sweetie?"

Lightning felt his stomach grumble and nodded his head. Fluttershy smiled at Lightning and placed him on her back. She flew downstairs and into the kitchen. She gently placed lightning in one of the kitchen chairs and Went to the cabinets to make him something to eat.

After a few minutes Fluttershy set a sandwich in front of Lightning and said, "Here you go, Lightning, sweetheart, I made you a delicious daisy sandwich."

Lightning smiled at Fluttershy before picking up the sandwich. He took a small bite before devouring the entire sandwich.

Fluttershy giggled and said, "My, you were hungry. Would you like another one?"

Fluttershy nodded and made Lightning another sandwich which he ate happily and not as fast. After eating the sandwich Lightning was full and Fluttershy quickly washed the plate.

The next thing the two did was go out and feed Fluttershy's animals. Lightning watched as Fluttershy fed each animal their meal. Lightning fed some of them too with help from Fluttershy.

With all the animals fed Fluttershy asked, "Lightning would you like to fly for a little while?"

Lightning looked down in sadness knowing that he couldn't fly yet. Fluttershy frowned at him and lifted his chin with her hoof.

"Just because you can't fly yet sweetheart, doesn't mean you can't feel what it's like to fly." She said to the young colt sweetly.

Fluttershy placed Lightning on her back, spread her wings, and took off. Lightnings eyes were shut tight and his little hooves were wrapped around Fluttershy's neck. Fluttershy could feel him trembling on her back as she rubbed one his hooves that clung to her neck with her hoof.

"It's okay Lightning sweetie. You can open your eyes now." Fluttershy said to the young colt gently.

Lightning slowly opened and looked down. He yelped in fear and held on to Fluttershy''s neck a little bit tighter. He had never been this high before.

Fluttershy continued to rub his hoof with hers as she said, "It's alright sweetheart. I promise I won't let you fall."

Lightning nodded as tears formed in his eyes from fear of being this high in the sky. However as the wind gently blew against him and the clouds smoothly glided by, Lightnings fear started to melt away as he began to get use to the new world around him. He was still somewhat afraid, but Fluttershy's gentle comforting drove that fear away as Lightning began to enjoy the feeling of Flying. A smile began to grow on his face as the sun's warmth went down his back and the wind made his mane flow. He had never felt such an experience before and he loved every minute of this new experience.

The sun was beginning to set when Fluttershy landed on the ground. She took Lightning off of her back and placed him in front of her. However before she could even react or say anything, Lightning wrapped his little hooves around her neck and Hugged her tightly. She had show him what it was like to do something he had always dreamed about doing.

"Thank you so much Fluttershy. I never knew what it felt like to fly." Lightning said gratefully.

Fluttershy wrapped a wing around Lightnings body rubbed at his back before saying, "Your welcome sweetheart, I'm glad I could help you see what it's like. If you ever want to do it again I will be more than happy to take you flying. Now let's go home and make something for dinner."

Lightning nodded and Followed Fluttershy back to her cottage. When they arrived they went inside and Fluttershy made lightning and herself a delicious salad. When they finished dinner, Fluttershy took Lightning upstairs to give him a quick bath. When they were finished, Fluttershy went to her bedroom to tuck lightning in for the night. She placed him under the covers and before she could do anything else she heard a small whimper come out Lightning.

She sat on the bed and place him in her lap before asking, "Lightning sweetie what's wrong?"

Fluttershy pulled him closer to her and stoked his side with her hoof. Lightning laid his head against her soft chest and and he could hear her heartbeat. It was so calming and gentle just like her loving embrace. Lightning didn't know why but he felt safe and loved when Fluttershy held him.

He looked up at Fluttershy and said to her sadly, "I miss my Momma Fluttershy."

Fluttershy closed her eyes and softly hushed the little colt.

"Shhh...It's alright Lightning, I know how you feel I lost my mother when I was a little filly."

Lightning gasped in shock and pulled away from Fluttershy to look her in the eye.

Fluttershy gently pulled him back into her embrace and hushed him once more.

"Shhh...It's okay sweetheart. I was sad every day since I lost her. I missed her greatly and and I wished I could see her again. But I remembered she said something to me. Do you know what she said?

Lightning remained in Fluttershy embrace as he shook his head in response to her question.

Fluttershy smiled and said, "She told me that no matter how far apart we are she would always be with me..." Fluttershy gently placed a hoof over Lightnings heart "...In here."

Lightning smiled and snuggled into Fluttershy and let out a yawn.

His eyes began to close but he was able to say something before he fell asleep.

"When I'm with you Fluttershy It feels like my Momma's right beside me."

She continued to rub Lightning's side with her hoof, and she began to softly sing into his ear a song that her mother had sang to her. 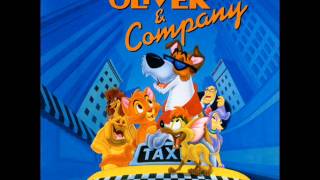 (All right's of Good Company go to Disney)