A blue pegasus stallion walked through the cobblestone streets of Canterlot. He was on a mission he knew, and he knew that this was one he couldn’t cock up. Once again the fate of Equestria was in his hooves, and he loved it.

He was traveling to Manehatten to dispose of the largest pimp, and in turn put an end to the largest crime ring in the city. How did this affect the whole of Equestria? The pimp was planning on attacking Canterlot and taking control of the government, and he had he resources to do it. Especially considering that some of the higher ranking officials knew this pimp. Hey went to the same bars, Triple X clubs, and even hung out at his mansion.

He looked up as he walked past a unicorn stallion, who stopped to shake his hoof.

"Hello, Fancy Pants, Fleur." The blue stallion said, nodding at the stallion and his trophy wife, then shaking the unicorns stallions hoof.

"Hello, Mr. Strike. Fleur and I were going for some tea and biscuits, would you like to come?" Fancy Pants asked.

"I'd love to, but, I'm going into the country today to watch for nightingales. Won't be back for a week." Mr. Strike said staring into the stallions eyes.

"Oh, well then, be safe." Fancy said leading Fleur away with him down the streets immediately, as if nothing ever happened.

Looking up, Strike noticed the the sky was very dark and cloudy. Way too much for a regular thunder storm, Especially considering it was sunny not five minutes ago. And the Storm of the Century wasn’t scheduled for another year.

Deciding to take cover just in case, he entered a small magic shop.

“Some storm brewing, eh?” The shopkeeper asked, whilst organizing a shelf.

“Yeah... some storm...” He said, not believing this was a weather related incident.

Being an educated pegasus he knew weather like this didn’t just "form" in five minutes. He pulled out his phone and decided to make a call. Dialing the number, he couldn’t help but notice swirling clouds in the sky, and ponies gathering in the street.

Strike waited until a real pony came on the line. “Hello, Mr. Strike. Checking in on the mission objectives already? You really are as fast as they say!” a stallion stated.

“No, actually, uhh... I was wondering... Is the military doing any unannounced weapons tests today, or is Luna playing with the dark magic again?”

“I don’t think there are any weapons tests today... Why?”

“You might want to take a look out your window...”

“Alright...” There was the creaking of an office chair, then deafening silence, but a few moments later the silence was broken. “My God... What the hay is that?!”

“Let me guess, you want to talk to the princess?”

“One moment.” The stallion said, and the scampering of hooves could be heard. After a few minutes the princess herself was on the phone.

"How do you uses this thing? Hello? Hello... Is this thing on?" Celestia asked someone nearby.

"Yes your highness its on. Now, I have a question. Have you noticed the weather?" Mr. Strike asked.

"I've seen it. I'm trying to figure out whats wrong. I only know of two spells that can do that, and I hope it's not the second..."

Strike waited for a moment, watching the clouds. Suddenly he noticed that a golden aura was surrounding everypony. Everypony that is, except him.

"Just listen I don't have much time. You need to get to the northern most point of the planet... There's an orb there, alright? And you need to put it in the Canterlot Crystal Caverns in its special place. It's near the center of them." The princess stated.

"Yeah, but, what's going to happen to you and everypony else?

But before she could finish everypony including her had disappeared, the swirling clouds had dissipated, and there was nothing but eerie silence (save for static coming from the phone), and a stallion standing in the doorway of an empty magic store looking at a deserted city in utter confusion.

He asked himself, looking at the sky, “What the hay is going on here...” 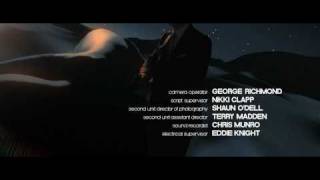