Prologue: The Infant in the Rain 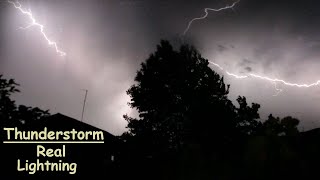 It was a dark and stormy night, as Celestia and Luna were leaving the overcrowded airport after a long and nice vacation to the beach. Luna was not happy to be trapped in the rain after having such a nice and relaxing vacation.

"Umm, sister, please ask me again why we couldn't take a taxi home," Luna asked in an irritated tone of voice.

"Because Luna, you know that we didn't have enough money since we used every last cent to get back home, so can you please not argue with me right now. I hate walking in the rain as much as you do, but we really don't have any choice, do we?" Celestia hissed at Luna. It was a really bad storm, no, it was the worst storm the town has ever gotten in thirty years. The two sisters had never seen a thunder-storm so bad. But since Luna's umbrella was a wreck after a kid on the plane had ripped it to shreds, she had to walk in the rain, no umbrella, no rain-jacket, no-nothing, and she was not happy, no, she was very ticked off.

"Could this day get any worse, come on world, MAKE MY DAY MORE WORSE THAN IT NEEDS TO BE," Luna said as she screamed at the sky. As she was doing that, a bird flew by them and bird poop landed on Luna's head. Luna then grimaced and said, "I DIDN'T MEAN THAT LITERALLY WORLD, COME ON," All the while, Celestia was quietly laughing at her sister's ridiculous ranting at the sky.

An hour later, they had finally gotten to their apartment building, after having to walk through the relentless storm. Luna was just glad that they were home so she could take these muddy clothes off, lie down on her sofa, and watch some nice television while Celestia would make some nice and warm hot chocolate. But, before Celestia opened the door, she heard something in the distance, almost like a couple arguing in the corner of an alley-way. She could make out that the woman was distressed and worried while the man was sad and anguished. She could only make out a few things the couple said.

"But it's our child, we need to take care of her," The woman said in absolute distress. "I know my dearest wife, but you know we can't take care of a child on our own, this is for the best," Said the man. Then, the man looked at a little cardboard box that he was holding in his hands, "Please, the child needs someone else to take care of her." and the woman, while sobbing to herself, dropped the cardboard box on the wet soggy ground and then said, "Goodbye, my daughter dearest, we will miss you so." And after that, Celestia saw the couple leave without sight.

After that, Celestia only saw the little open box sitting there in the rain, and not only that, but she heard faint crying coming from the box, almost like there was a child inside the box.

"Luna, I think that there's a small child inside that box," Celestia said to her sister, who only groaned in response to what Celestia just said.

"You are not going to take some child in some random box, for all we know it could be some ploy to lure us over and then someone robs us of whatever value we have left, no I absolutely forbid it," Luna said in protest.

"So you're just going to leave it to freeze in the cold, just think about this Luna, we can give the child a nice life and she can have friends, you don't want to freeze to death in that soggy alley-way do you," Celestia said.

"I still say no," Luna said. "Then you leave me no choice than to activate my secret weapon, "The Puppy-Dog Eyes," Celestia said as she gave Luna her puppy dog eyes. Luna tried to stay strong, but in the end, not even her will-power could defeat the power of the puppy dog eyes.

"UGGGGHHH, Fine, we'll take the child in, but you're paying me back big time for this," Luna said as she sulked in defeat. Celestia then ran over to the soggy box, and sure enough, there was an infant who was nicely wrapped up in a blanket that was getting soggy from the rain. Celestia then, picked up the child and carried her right back to their apartment. 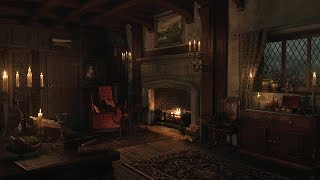 Once all three of them were inside the nice and warm house, Celestia quickly got that wet blanket off and warmed her up with a hairdryer. After doing, the baby stopped crying and looked around the room, when the child saw Celestia, it looked directly into her eyes, stared at her for a few seconds and then said something that warmed Celestia's heart, "Mama." When it saw Luna, however, the baby said with a big smile, "Da-da," which made Luna just lower her head in disappointment, while Celestia laughed her head off.

"Hahaha, did that baby just call you Da-da, oh, daddy Luna, Oh my God, that has made my day today, HAHAHAHA." "SHUT...UP Celestia," Luna hissed in embarrassment. After calming down, Celestia held the baby in her arms.

"Why hello little one, aren't you glad that you're not in that wet soggy box anymore, oh yes you are," Celestia said while the child giggled.

"Sister, please don't try to spoil her ok, I don't want her to grow up being snobby," Luna said in protest to her sister's baby talk.

"Don't worry sister, I won't spoil her, you know me better than that," Celestia said to her sister.

"You know what, I think we should think of a name to give you, little one," Celestia said to the child. "But what should I call you?"

As Celestia was thinking of a name, she saw out of a window that the storm had stopped and she could see the rays of the shimmering sunset, and that gave Celestia an idea. "You know what little one, I'm going to call you Sunset Shimmer, after the shimmering rays of the sunset, how do you like your new name," Sunset replied with laughing and clapping her hands together. "Hey, Luna I think she likes her new name," Celestia said to Luna, who was watching tv in the living room.

And so the tale of Sunset Shimmer begins now.