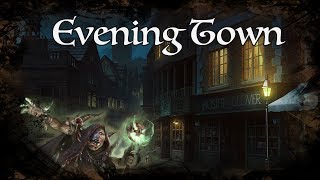 It was late one Sunday night, and Lightning Dust, The nightguard for The Canterlot Sporting Goods store, was about to switch her shift over to Indigo Zap, and she couldn't wait to go home and doze off in her comfy couch when she noticed some kind of electrical disturbance on one of the cameras.

"Hey, Lightning, you ready to change shifts, I just know that you'd really want to go home right now," Indigo said. "Hey, Indigo, could you come over here, there was some kind of electrical disturbance that I caught on one of the cameras, I think we should go in and investigate." Lightning Dust said. As the pair entered the site, they saw that there was no flashing lights or lightning, but what they did see was the image of a girl who was wearing nothing at all, she had yellow skin and had red hair with yellowish-white strips. "Oh my God, you've got to be kidding me," Lightning Dust said as she was trying not to look at the girls...unmentionables. "Well, let's go give her the lecture," Indigo said, as they approached the girl. "Hey miss, you're not supposed to be here, and for God's sake, why aren't you wearing any clothes, this is a convenient store, not some strip club," Indigo said, with a look of discontent. The girl turned her head to spot the two, as she got up and approached them.

"I need your Jacket, your Pants, and your motorcycle," The girl said in a monotone voice. "Um, no! How about we take you into the station for trespassing on public property, and you're not going to say another peep, ok." Lightning Dust said, but just as she was about to cuff the girl, she grabbed Lightning Dust's arm and started bending it backward. Lightning Dust screamed in pain, begging her to stop, but the girl then threw Lightning Dust over the fence. After that, she turned to Indigo, whose pupils shrunk and she started to rapidly undress. "Ok, take it, just don't hurt me, please," Indigo Zap said as she gave her the clothes and started running for her life. 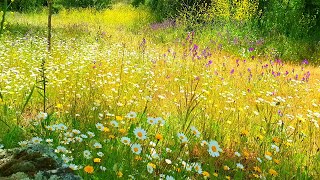 As the morning sun had finally risen from the sky to greet the day in the peaceful town of Canterlot. An alarm clock loudly buzzed constantly, saying the time was 6:00 a.m. A tired, groggy hand came out from the covers of a comfy bed to turn the alarm off. "Mmmm, shut up, stupid alarm, few more minutes," Twilight said in a groggy voice as she snoozed the alarm, not before Spike came in, and with a loud bark, jolted Twilight awake that she hit her head on the ceiling. "Owww, my head," Twilight said as she rubbed her head and tried to ignore the throbbing pain in her skull. "Yawwwnnn, good morning Spike," Twilight said as she lazily crawled out of bed. "That's what happens when you have an allnighter," Night Light said. "Schoolwork is important, but having a good night's sleep is way better than that." "Ok, dad, sure thing," Twilight murmured as she entered the bathroom to take a shower. After she was finished she got dressed and came downstairs to eat her breakfast. "Good morning Twilight," Twilight Velvet said as her daughter entered the kitchen. "Morning, mom," Twilight replied. "All right, got my breakfast, packed my backpack, alright, all set for school." "Have fun and study hard," Night Light said as Twilight left the house to get to the school bus.