The year is 2044, the next chain in the never-ending war between us and them, and...we are losing. It was because the energy shield was faulty and the Terminators were able to break through to blast range of our base. All of this madness started when an A.I. named Skynet became self-aware and deemed humanity as a threat to its very existence. Skynet started on April 9th, 2020 with nuclear missile attacks that wiped out the majority of the human race. That dreaded day was called Judgement Day. Then it sent out its never-ending armies of Terminators, Hunter-Killers, and Hunter-Tanks. The Terminator infiltrator units ranged from T-600's, T-700's, T-800's, to T-900's, and all were immensely powerful killing machines. Many of my friends and family lost their lives when Skynet sent out the first wave of Terminators to attack us. Lyra, Bon-Bon, Vinyl, Big Macintosh, Sunburst, even little Scootalo. Rainbow Dash wasn't the same after Scootalo died, and I don't think we'll ever see the old Rainbow Dash ever again. Pinkie Pie also changed after Judgement Day, I guess I can't blame her because Pinkie lost her entire family during Judgement Day. We are at the edge of defeat now, but we all made an oath that if we burn, Skynet burns with us. My name is Starlight Glimmer, and I'm the leader of humanity's last hope of survival. 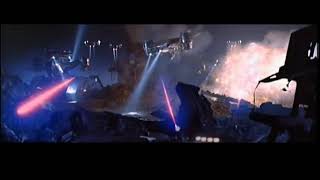 As Rainbowdash led her battalion over to the second equator, she had met up with Pinkie's group.
"Pinkie, please tell me that we have a winning chance against these things." Rainbow Dash said to Pinkie and her Squad.

"As of now, Negative, Dashie," Pinkie replied. "All I've seen tonight are groups of T-600's and T-800's on the ground looking for us, and Hunter-Killers patrolling the skies for any stragglers to shoot into oblivion."

"Yeah, I can see some Hunter-Killers right now," Rainbow said, looking above to see 3 of them patrolling for the survivors. "They just don't stop coming, do they."

"Anyhow, Dashie, I think we're just about finished with our patrol, so my squad and I are going to head back to base." Pinkie said as she and her squad headed back and Rainbowdash did the same with her squad, but not before a squad of T-600's appear and attack.

"Pinkie, I got T-600's on my tail, I kinda need some of your assistance," Rainbowdash said to Pinkie as the squad of terminators was closing in on them. "On it Dashie," Pinkie said as she ordered her squad to open fire on the approaching threat.

Back at base, The resistance leader Starlight Glimmer was talking with Ground commanders, Moondancer, Rarity, and Carrot Top about their next plan of attack.

"Captain Starlight, Commander Rainbow dash, and Lieutenant Pinkie Pie are returning to base, what are your orders." Said Carrot Top.

"Ready the time machine for activation, and Celestia's sake, where is Trixie." Starlight shouted, just as Trixie appeared seemingly out of nowhere, scaring her commander half to death.

"Hey there Starlight, what's shakin," Trixie said sarcastically. "TRIXIE! WHAT DID I TELL YOU ABOUT NEVER SNEAKING UP ON ME LIKE THAT!!!!" Starlight roared with fury.

"Oh, sorry commander, I'll try and work on it, so why have you called upon the great and powerful Trixie this time," Trixie said.

"Our research has confirmed that there will be a point in time in which Skynet will be at its infancy, that is why we need to send you through the time machine to make sure that Skynet never gets activated, and don't worry, you will be joined by a T-880 unit that we reprogrammed to fight for us." Starlight told her Cadet. "Now bring the others in here, I have a little speech to calm everyone's nerves." Starlight said, and after Trixie brought everyone up to the great hall, Starlight came to the stands.

"Ok, everyone, I know that we have had hard times, ever since the end of Judgement day, but we chose to not surrender and fight on because we are doing this for humanity's sake." Starlight said.

"We have lost many friends and family to this long, terrible war, but if we give up now, the people that died would have been all for nothing, today, one of us will go back to the past, prevent Skynet's activation, and protect the past version of me. We may not have the upper hand in this battle, but we must all take the oath, that if we burn Skynet will burn with us. This will be a day that will live in our memory from these days on, you will be able to tell your children about the day that turned the tide of this battle. This mission will decide the fate of the human race, and we will call it operation: Future War. WHO'S WITH ME!" Starlight said as everyone cheered her on.

Suddenly, Trixie saw one of the cadets' arms turn into liquid blades and slaughter two other cadets.

"T-1000 UNIT, BATTLESTATIONS, ALL HANDS ON DECK, EVERYONE PREPARE FOR BATTLE!" Starlight commanded. But the recruits started shooting recklessly at the Terminator, but their bullets went right through it.

"NO, STOP, HOLD YOUR FIRE!" Trixie said. "NORMAL BULLETS WON'T AFFECT THEM, but luckily, I have just the thing to take it down."

Then Trixie pulled out a single-barrel shotgun that contained acid-rounds, but it only had one bullet inside, so this shot had to count. "Ok, you little sucker, hold still, please let this work," Trixie said as she then fired her shotgun.

The shot was spot-on, and it hit the T-1100 on the head, as Trixie saw its head start to melt away, as it limped towards the time-machine, the terminator's screen monitor said: Danger, lethal damage, threat level high, emergency shutdown must commence or it will result in permanent damage. It was then followed by a barrage of acid bullet rounds.

"NOO, DON'T LET IT GET AWAY," Starlight ordered. But as Trixie, and Carrot Top were about to fire again, it was too little, too late, as the T-1100 had escaped through the Time-Machine.

"NOOOOOOO!" Starlight screamed in failure, as the time-machine shut down.

As the T-1100, or what was left of it, finally made it to the past, its power cells were now reaching critical, and it was about to collapse. Its form, that looked like resistance soldier Derpy Hooves, then morphed itself into a dormant puddle of liquid metal. Before the emergency shutdown was activated, it saw two figures coming towards it.

"Velvet honey, what's wrong what did you find," Night-Light said to his wife.

"I don't know, it looks like some kind of liquid," Twilight velvet said to her husband.
"Now sweetie, I don't think we should be touching something that we don't fully understand," Night Light said, as she saw Velvet trying to touch it. "Oh cmon honey, don't you want to know what this is?" Velvet asked her husband. "Well, I guess we should see what this stuff is first before we jump to any conclusions," Nightlight said. As they both touched the puddle of liquid, it began to start bubbling, as it was absorbing and fusing the DNA from their finger-prints. Then the liquid metal then morphed into what appeared to be a human baby. As the supposed child looked at the shocked couple, it started crying, just like a normal human child would do. "What should we do about this sweetie," Nightlight said to his wife. "Well, since we can't have any children ourselves, why don't we just adopt this child and raise it as our own. We first gotta think of a name to give her, hmmm, oh how about Twilight Sparkle, isn't that such a cute name for such an adorable child. Don't worry little one, for now on you can call us Mom and Dad," Twilight Velvet said when the infant started giggling as they brought her to their home.