Prologue: The Coming of the Cube 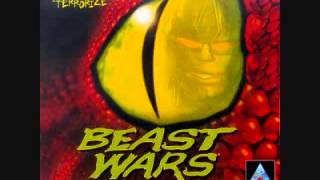 Part 1: The Crash
(Narration)
A long time ago, there was an alien planet known as Cybertron, the home to sentient robots known as Maximals and Predacons. But the Predacons all had but one simple goal, total domination of the Galaxy. Because of it, the Maximals and the Predacons had engaged in an all-out war against each other, and because of their many weapons, they had depleted their once rich sources of Energon-Cubes. Now, after the Predacons leader, Magmatron stole a powerful weapon known as the Genesis Cube, The last of the Maximals now fight for their survival.

"Oh, this is ridiculous, why are we wasting our gears to find some crummy cube?" Said Rattrap in a fuss.

"That cube is a powerful weapon that can terraform or destroy planets." Said Rhinox. "If we don't get it back then any planet he wants to conquer will be doomed."

"Ugh, fine for you ta get it, but I'm not wasting my skin ta..." "Rattrap, get down," Rhinox said as they ducked for cover over a Predacon Patrol Squad.

"Ohhhh, thank you, my knight, in shining armor," Rattrap said sarcastically, "let's just get back ta base so we can meet up with Cheetor and Optimus."

Alright, but hop on, Beast-Mode!" Rhinox said as he transformed into his Rhino-form. But as soon as they were about to leave, Rattrap is shot multiple times by Terrasaur, stone dead. "Ha haaa, one down, three more to go," Terrasaur said in glee. "RATTRAP, NOOOOOOOO," The distraught Rhinox said. "Alright, you've done it now bird-brain, eat rapid laser blasts," Rhinox said as he sent the Predacon down into a big explosion. "Ok, now that that's settled, I'd better head back to base." "Don't worry Rattrap, We'll find a way to end this war."

Later, "Rhinox, I'm sorry about what happened to Rattrap," Said Optimus Primal in sorrow, "But we still have a war to win, Magmatron and the Predacons have already gotten off the surface of Cybertron with the Genesis Cube, we have to go after them now."

"Ignition," Optimus commanded, as the rocket thrusters started and their ship took off after the Predacons.

"Why yes it is, he's heading straight for the predacon ship," Optimus said. Just as Omega Supreme destroyed the Predacons ship.

"ARRRRGGGHHH, NOOOOO! MY SOLDIERS," Magmatron howled as all of his warriors were decimated by Omega Supreme, leaving Magmatron as the sole survivor.

He had then hurled himself at Rhinox, Slicing him in half with his Cyber-Blade.

He had then blasted Cheetor away into the dark reaches of space. Optimus then, in a fit of rage, charged at Magmatron as the ship stopped flying.

"Enough of these games Magmatron, you have lost, surrender the Genesis Cube and we can end this here," Optimus said to Magmatron, but Magmatron refused to accept defeat.

"NOOO! I WILL NEVER ACCEPT DEFEAT AT YOUR HANDS OPTIMUS PRIMAL, IT IS YOU THAT HAVE LOST," Magmatron roared as he blasted Optimus Primal in his Spark Chamber with his arm gun, leaving a hole in his chest. Then Magmatron pinned Optimus on the floor of the ship cackling with glee now that his enemy was at his mercy.

"Please Magmatron, we are the last of the Cybertronians, there is no point in fighting anymore," Optimus said, trying to persuade Magmatron to end the conflict once and all. "Yes, yes, perhaps you are right Primal," Magmatron said. "This is the end...FOR YOU!!!!"

Finally, the Maximals were destroyed, and Magmatron had won. He held up the Genesis Cube in victory.

"Finally, the Maximals are dead, and the Universe is MINE!" Magmatron said in triumph. But just as he was doing that the ship he was on began heading for the planet's atmosphere, making the ship shake and making Magmatron drop the Cube.

Part 2: Transmutation
Much much much later, on Present-day Earth
It was a peaceful day in Canterlot High as Sunset Shimmer was getting ready to leave school for the day, she got on her motorcycle and was heading towards her apartment when a strange glow caught her eye. She stopped her motorcycle and saw the light more clearly this time, it was some kind of cube.

"That cube, what is it," Sunset thought to herself. as she took another look at the mysterious Cube, then she picked it up, and after she did so, the Cube began to glow and started to levitate above the ground.

The cube soon began emitting a shock wave that paralyzed Sunset when hit by it, it felt like she was in complete agony. Then she felt her ears start ringing as she passed out of consciousness. then the shockwave hit the entire planet until the wave dissipated.

When Sunset finally regained consciousness, her vision was blurry and she had a hard time getting back up on her feet since she felt so drowsy. When her vision came back, she tried to keep her balance but to no avail, she couldn't and she would've fallen on her face if a tree didn't break her fall. she held onto the tree with her hand, but when she looked at her hand she saw that it was completely mechanical.

"Wha...METAL," she said as her brain was scrambling for answers to see why her hand was mechanical, then she saw a puddle and ran over to it, and when she saw her reflection, she did the only logical thing that any person would react if their face looked like a robot. 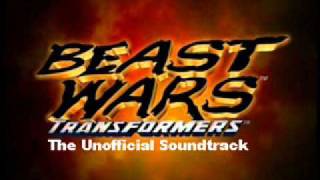