As night fell on the city, the entire police force was waiting on the Canterlot Bridge; waiting to see if the hero would heed the call of the villain.

On the bridge, Captain Shining Armour was speaking with his men, “Alright boys, our objective is to wait for Spiderman to show up. We can’t attack until were sure he’s got the hostages out of there.”

On top of one of the bridge’s structures, someone was waking up. Fluttershy had come around from being knocked out, only to find she was at the top of a really high structure. She cowered a little as she crawled away from the edge, all she could say was, “Oh Adam, where are you.”

Sealed inside a tram-cart, were three little girls, the tram was connected to a wire which moved the cart through the air and across the bridge. Scootaloo woke up first, then tried to get her friends up, the wire holding up their cart wasn’t very stable; they had to move as lightly as possible.

Flying around the bridge, on his glider, the Goblin was singing to himself. “Itsey, bitsey, spider, climbed up the water spout. Down came the Goblin, and took the spider the out. HAHAHAHA!!”

Goblin threw a pumpkin bomb at the ground, the police dodged the attack; all they could wonder was, ‘Where is Spiderman?’

Spidey was swing through the streets, trying to make it to the bridge. This was the fastest Adam’s ever gone before, he wanted to stop Goblin, for good this time.

Unfortunately, Spiderman was stopped when he heard something on the roof of a building. He swung down and found a little girl crying, so Adam approached the child to try and help. “Hey, little girl? Are you okay?”

The young girl turned to the hero and replied, “I’m okay….but you’re not.” The girl suddenly grabbed Spidey’s arm as if he had super-strength, she flipped Adam over to the ground. Adam moaning in pain, he looked up at the girl, “Who or what are you?” he asked.

A light energy surrounded the little girl, her body began to change shape. When the transformation was complete, the girl had change into a woman; the woman looked like she was in her seventy’s, she wore strange-looking sunglasses & had a dress that covered her feet.

“Spiderman.” The woman started. “I’ve been searching all over the multiverse for you.” Adam got up, he recognised this woman, “Nice to see you too, Madam Web.”

The inter-dimensional sorceress looked at the hero, “What are you doing on this Earth, Spiderman? You should be on Earth 1, where you’re supposed to be.” Adam never really understood this woman’s intensions, so he answered with, “Why do you need to know, I wanted to come here.”

Madam Web thought about it, then she came to a conclusion, “It’s that Pegasus isn’t it? The one from that other planet in the first dimension.” She stated. “You came here, because you’re in love with her.” Adam just nodded at her statement.

Spiderman explained, “She was with someone else in my dimension, so I came to a dimension where she was single and we were the same species.”

“Don’t you see hero, you’re are in love with Fluttershy. But are you really in love with this one?” Adam was shocked that she’d ask that, so he replied, “What are you on about, of course I love her.”

But the sorceress didn’t buy it, “Really, so in love that you travel across sixteen dimensions to find her.” She stated. “You love the Pegasus in dimension 1, but you’re not really in love with this one.” Adam was furious, he shouted, “You’re lying!”

“Am I Spiderman; suppose you didn’t come to this universe, what if you had gone to Earth 29 or 51? Would you have fallen in love with that Fluttershy?”

Adam didn’t believe it; but, as much as he hated to admit it, she had a point. Until Spiderman stated, “I’m over my world’s Fluttershy, I chose this universe. Because I want to be with her and I want the one in dimension 1 to be happy with Discord. So choose your next words wisely, witch; because I’m off to save my girlfriend.”

Adam concluded his speech and swung off to the Canterlot Bridge. Before Madam Web disappeared, she muttered, “I’m sorry Adam, but one will die.” The inter-dimensional sorceress vanished in the night.

Back at the bridge, Goblin was still flying around the air, he was heading to where Fluttershy was.

Spiderman swung to the bridge, when he arrived he saw what this villain has been doing, he mutters, “Oh Goblin, what have you done?” Adam swung to the structure that Fluttershy was on top of, the police on the ground noticed he had arrived.

Spiderman found Goblin, in one hand, the villain was holding Fluttershy; she was being held by the neck, over the edge. And in his other hand, was the wire; holding up the tram-cart, containing the Rainbooms’ little sisters.

“This is what you chose when you turned down my offer, Spiderman. But I’m not completely without a heart, that’s why I’m going to give you a choice.” Goblin explained. Adam glared at him through the lenses of his mask, “Fine with me, as long as one of the options is killing you.”

“How about; let the woman you love die.” Goblin said while looking at the scared girl in his left hand. He then turns to the tram on his right, “Or watch the suffering of these little children.” The Goblin then looked to the floor, he smiled when he looked back up.

“And my favourite way to go; a watery grave.” Spiderman noticed both his choices were hanging over the ocean below, “Not enough time to save them both. Which one will it be, Spiderman?”

Adam was terrified about what the out would be, so he shouted, “Don’t do it, Goblin!”

The villain replied, “You forget, Spiderman. This is all you’re doing.” Goblin smiled and then started his maniac laugh, “Now choose!” he let go of both the choices.

As Fluttershy fell, she screamed at the top of her lungs. As did the children, they screamed as they plummeted down to the ocean below them; Adam had to work fast.

He first leaped after Fluttershy, she was the easiest to catch. He grabbed her and put her on his back, he then swung for the tram-cart. Grabbing it with a web line, while holding himself up with a web hooked onto under the bridge

As the hero was hanging there, he could see Goblin flying towards him, so Adam had to get Fluttershy and the kids to safety. “Fluttershy.” He said, getting his girlfriend’s attention. “You have to climb down, then I can place the cart on that boat.” She noticed the boat coming towards the bridge; it was flashing a light, saying ‘put the tram-cart on here’.

The scared girl started to climb down the web, she had to be careful; Adam’s webs aren’t as strong as they look.

Spiderman had his eyes set on Goblin, he was coming back around. “Spiderman, time to die!” the villain shouted. However, before the Goblin could attack, something was thrown at his head. He looked up, only to find the people on the bridge throwing pipes and stones at him.

The people continued to throw the rumble at the Goblin, one man even shouted, “You mess with Spiderman, you mess with Canterlot!”

Whilst Goblin was distracted, Fluttershy had made it to the bottom of the web; Adam let go of the web, it placed itself on the boat.

Goblin threw a bomb at the bridge, it caused the web Adam was holding onto the snap. He fell towards the water, but before the impact, Goblin flew past and snatched him up. The both flew towards an old church on a cliff near the ocean.

Once the two enemies crashed into the structure, Goblin wasted no time punching and kicking Spiderman around. He was saying things like, “You’re no superhero, you’re nothing but a child; and I loathe children.” Goblin punched him right on the jaw; Adam swore he heard a crack.

The hero fell to the floor in pain, he couldn’t fight back, Goblin was too strong.

Just as the hero was about to give up, he heard a voice in his head, “Spiderman, get up. You’re not a child; if you love that girl and this world, fight for it.” The voice said. So Spiderman stood up and started fighting back.

He punched Goblin away, enough so he had a chance to lift the villain above his head and throw him down onto the hard floor. Spiderman pulled him back up and continually punched his stomach and face, to finish the Goblin, he threw him out the window.

The Goblin was hanging over the ocean, he feared for his life as Adam approached him. Goblin stated, “And so, we return to you destroying my legacy, guess this time I’ll stay dead.” Spiderman said nothing to his oldest enemy.

Goblin was about to let go, “We had a good run Spidey, guess I’ll see you on the other side.”

Just as the villain let go of the window frame, Adam grabbed his hand. Goblin looked into his eyes and Adam said, “I’d rather see you in jail.” The hero started pulling him up. The Goblin muttered, “Aw, good boy, good boy. The girl has taught him well. Very noble.” The villain then pulled a knife from his bag, he held it to Adam’s neck. “Stupid, but very, very noble.”

Adam moved back as the knife was held to his neck, he couldn’t try anything, or risk something happening. So he had to time this just right, he gave Goblin a chance, but he threw it away.

“Aren’t you forgetting something, Goblin?” Adam asked. “You said you wanted to kill me without my mask. So you could look into my eyes as I die.” The villain nodded and replied, “Oh yeah, your right.” As Goblin goes Spidey’s mask, Adam puts his plan into action.

Adam knocked the knife out of Goblin’s hand, and pushes him towards the window. Goblin didn’t get a chance to speak as he fell out the window, Adam watched him fall; like before, he looked away when the villain hit the water. Spiderman repeated what he said when Soundwave was destroyed, “Stay gone, this time.”

Spiderman swung down to the docks, Fluttershy was waiting for him there; as he swung past, he scooped her up. They both swung towards their apartment building.

Upon arrival, they landed on the roof, Adam held Fluttershy in his arms. As they looked into each other eyes, Adam removed his mask. Now that Fluttershy was here with him, he wanted to sing his song to her; but this time, they sang the song together. 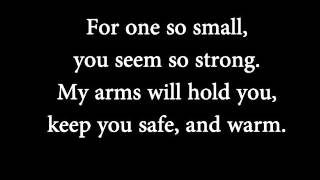 As they stopped singing, the locked lips, holding each other tight. Madam Web was wrong, this is the Fluttershy Adam’s in love with.