Trotting in the Winter Wonderland

It was night time in Starlight's village and colorful lights were decorated on each building. Ponies were trotting across the streets in excitement as Hearth's Warming will be coming soon. Some ponies were gathered in the middle of town where a stage was in front of the town's large Hearth's Warming tree. Double Diamond trotted up to the stage to clear his throat before speaking through a microphone.
"Hello, Everypony!" Double Diamond announced. "Are you guys excited for Hearth's Warming!" The crowd cheered in response.
"That's great to hear!" Double Diamond replied. "To kick off the holiday, we have a special performance from our local music group! The leader of this group is our local poet and singer! Mares and gentlecolts, give it up for the CNDY Colts!" The crowd cheered as the poetic stallion trotted up to the stage with his backup dancers following in pursuit.
"This one goes out to not only our fans, but to their families so they could enjoy this wonderful holiday!" At the front of the crowd were three of Feather Bangs marefriends as they all cheered and carried a large sign that says "We Heart Feather Bangs!".
"We love you, Bangy!" The three mares hollered which caused Feather to blush a little. The music began playing and Feather started singing. 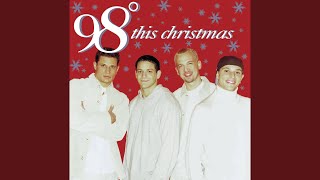 When the song was over, the crowd cheered from the group's amazing performance. Feather and his group members bowed to the crowd to show their appreciation. Feather smiled when he saw that his marefriends continue to cheer him on for an encore.

After the performance, there was a small party at Sugar Belle's bakery where most of the villagers were hanging out and enjoying each others' company. The members of CNDY Colts were gathered in one area of the party where they gave autographs to a line of ponies.
"Thank you, Happy Hearth's Warming!" Feather said as he gave an autograph to a small filly. The filly blushed and giggled as she trotted away to her parents.
"Hey Bangy!" A mare's voice said. Feather turned to see Fond Feather, Swoon Song, and Dear Darling were the next ponies in line.
"Hey girls," Feather responded until he noticed all three of his marefriends brought out three copies of his band's holiday record album. Feather looked at them with confusion.
"Don't you already have my autographs?" Feather asked his marefriends.
"Yeah, but these are for autographs from you when you joined a music group!" Swoon replied.
"We want your autographs from different parts of your music career!" Fond added.
"Plus, we wanted to add these to our 'Feather Bangs' museum!" Dear winked. Feather just smiled and rolled his eyes as this was a normal response from his marefriends. The CNDY Colts decided to close the autograph session and hang out in the party. Feather was sitting on a table with his marefriends as they enjoy most of the party food.
"Say 'Aah' Bangy!" Dear said as she levitated a cookie towards Feather. Feather took a bite and he thought it was tasty.
"Wow! This is good!" Feather said as he took another bite from Dear's cookie. Swoon and Fond squinted their eyes at Dear for making such a move.
"Here Bangy!" Fond said as she held up a spoon full of hot soup. "Blow on it and take a sip! You'll like it!" Feather blew on Fond's spoon before he took a sip.
"Hmm! This is great soup!" Feather said before Swoon appeared in front of Feather.
"Have some pudding! I hear that it was invented by Chancellor Pudding herself!" Swoon said as she offered a spoon full of pudding. Feather took a bite and tasted the pudding.
"This pudding is wonderful!" It wasn't long till the mares kept feeding Feather with food until he got full. Most of the party attendants who saw this just shrugged and laughed from how adorable Feather's marefriends were. The three mares acted embarrassed.
"Oops! Our bad!" Fond said while rubbing the back of her head.
"I'm good!" Feather assured as he accidentally burped which caused all three of his marefriends to laugh while he blushed.
"I just love spending time with you guys." Swoon said as she looked at all of the members of her group. Dear picked up her jug of cider along with her friends.
"Here's to another year together! Let our love strive and nurture one another!" Dear said as all of them bumped each others' jugs before they all took a sip.
"So, do you guys want to do anything for Hearth's Warming?" Swoon asked both of her friends and coltfriend. Feather and the rest of the mares looked at each other before looking back at Swoon.
"What do you have in mind?" Fond asked curiously.
"Well, I read from a brochure that Ponyville is the best place to spend time during the holidays. So, I thought all of us can take a trip there for Hearth's Warming!"
"That sounds great, Swoon!" Dear smiled. "But where will we stay at?" Swoon pulled out another brochure.
"There's a large hotel in Ponyville where a lot of visitors stay at if they want to spend more than one day in the town. We can stay there during the holiday."
"Sounds pretty good." Fond nodded in agreement.
"Agreed." Dear added.
"If it means spending time with you three, I'll go wherever you want to." Feather said which caused all three of the mares to swoon from how sweet their stallion was.

The next day, Feather and the mares rode the train to Ponyville. Although the ride was very long, it didn't bother Feather or his marefriends as they got to spend time together. They sometimes played cards or talked to each other about how things are going with each of them. Feather's marefriends were doing most of the talking as they were experts on discussing various things. The train came to another stop in a train station that was surrounded by large piles of rocks. Feather took this opportunity to get up from his seat.
"I'm gonna look for the snack cart and get some refreshments, do you girls want anything?" Feather asked. Once Feather's marefriends told their requests, Feather trotted through the train carts to look for the snack cart.
"Huh, to think that a snack cart would be easy to find inside of a train." Feather said as he continued searching. Feather was so distracted by his thoughts that he accidentally pumped into a pony.
"Ow," Feather said as rubbed his mane. "I'm really sorry-" Feather was interrupted when his face was millimeters from a dark grey mare's face. The mare had light grey manes and greenish yellow eyes. Feather gulped as he noticed that the mare looked ticked off.
"Hey! Watch where you're going bub!" The mare said as she nudged Feather to the side. Following the mare were three other earth ponies who Feather guessed was her family. One of the ponies was a light grey mare with long, bluish grey manes that were so long that it covered one of her eyes. She looked at Feather for a brief moment before she blushed and hid her face while following the rest of her family. Feather had a confused look on his face for the sudden event that happened to him. He decided to brush it off and finally found the snack cart. Once Feather got what he needed, he returned to see that the family he just met was sitting right next to where he and his marefriends were sitting. The shy mare noticed Feather and she blushed once again before turning to avoid eye contact. Feather stared awkwardly before he returned to his marefriends who continued to gossip.
'It will probably be fine in Ponyville." Feather thought as he relaxed for the rest of the train ride.