Three weeks had passed since the debacle that went down in the Lonely Hearts Club. The rap trio had regrouped back in Ponyville. They were up in Pinkie Pie's room. She had called them to meet there.

"What's up?" Vinyl returned the greeting.

"I wanted to say I'm sorry for making a scene out there. Rain Mane dropped by unannounced yesterday. He told me he has a show set up for us in Baltimare if you're interested," Pinkie explained.

"Okay, let's go!" Pinkie slid down the stair rail, jumped off, and took off in full gallop toward the train station. Zecora and Vinyl were not far behind.

When they got there, they bought tickets and waited. Eventually, the Ponyville to Baltimare train arrived and they boarded.

After a few hours, they had in Baltimare. They got off the train and took a look around. The city streets were hustling and bustling.

"Yeah, this is wild. I've never been here before," Vinyl concurred.

"The ponies have taken great care of Baltimare," Zecora admired how clean the streets were.

"What venue are are we performing in, Pinkie?" Vinyl asked.

"Baltimare Convention Center. They're having a music festival and we are the ones meant to represent rap. There is another rap duo there called Snips & Snails that will be there with us.

"The what?" Vinyl shook her head.

"Nevermind, but they can rap, I dunno how good they are," Pinkie replied.

"It appears Snips and Snails will trip and fail," Zecora joked.

"Hey, save the bars in case they make us battle. If they want beef, we'll have to assert our dominance," Vinyl warned.

Zecora silently nodded and they continued walking. They made it to the convention center. They got signed in and entered the festival. All the way in the back corner was the Rap section. Two stallions were already there freestyling over a rather lengthy instrumental. 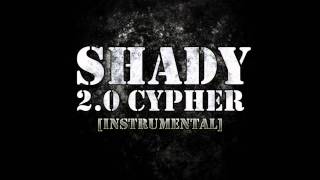 A short blue unicorn with an orange mane and a pair of scissors as a cutie mark reset the beat and began rapping:
Yeah, it's Snips in the cut.
Got these scissors on my butt.
I'm like: "What?"
Caught up in a rut, I trot with a strut.
A tough nut to crack, steady rhyming on the track.
I ain't never cutting slack, keep them mares coming back like woah.
Don't know where to go, stream of water with the flow.
Pass the mic to Snails while he continues the show.

A slightly taller orange stallion with teal mane and a snail as his cutie mark continued the freestyle:
Shoutout Snips, that's my bro, they call me Snails.
I will prevail, deep breaths I must inhale.
Seen as a villain, but I've never been to jail.
Bit of a shy guy, I'm afraid to leave my shell.
Well, three mares just walked in, I'm like: "What's up?"
They looking at me kinda weird like: "Shut up."
I'm like: "Okay, I guess it's time to go away."
Sending the mic their way, I wanna hear what they say.

Snails paused the beat and gave the mic to Vinyl, "Y'all know how to rap?"

"Oh, you're the ones who dropped that song Next Level. I liked that track, I listen to it a lot," Snips jumped up from the table.

They obliged and continued the beat. Vinyl came in with her own verse, which sounded like this:
It's Vinyl Scratch on the beat with heat to match.
Got this batch of rhymes clean and easy to catch.
Slicker than sleet, I'll never retreat or admit defeat.
I don't run up in the streets, I stay in the back.
From the underground, I attack, ain't cutting no slack.
Snips and Snails, more like Trips and Fails, it's a fact.
Slam dunking these bars like Shaq, these two think they know me.
Try to cross me, I'll drop 81 like Kobe in Toronto.
I grew up in the sticks surrounded by hicks, but I been on some Adventures in the 6ix.
Big shouts to Wiz, y'all might not know he is, my dude's a writer, provider of sick lyrics.
You can't be serious, must be delirious.
But now I'm curious as to what your theory is.
Zecora, don't be mysterious.
Show them what rapping really is.

Zecora listened for a bit, after a letting the beat run for a few seconds, she began her verse:
Little zebra with the stripes, I'm the main one causing hype.
I don't wanna hear you gripe, so I'll grab a blade and swipe.
Bash your head in with a pipe, bedridden all your life.
I'm a ripe forbidden fruit, you been hidden from the truth.
When I step up in the booth, all I do is confuse.
Mental abuse, your brain I contuse, end up dead on the news.
Dude, I don't do this for views, I try to stay in a good mood.
But if you attitude rises in altitude, I'll track your latitude and longitude.
Discipline your flank until you're no longer being rude.
Your mission is to follow those beatitudes.
Mine is to snuff out opponents like chewing tobacco.
Act tough, I'll throw you off the team like Joe Flacco.
Pinkie on the track, that's a fact tho.

Pinkie Pie was the last to get the mic. She took some time to think before providing her lines:
Snips and Snails got weak rhymes, this has been a bleak time.
Just wanna rewind, haul behind like I'm fleeing the scene of a crime.
Still in my prime, I must unwind by killing these slimes all covered in grime.
They're falling behind, writing columns to whine.
It's fine, but if they step to me, I'll lock 'em down like Columbine.
Rejection, can't rap against me, blocking all your shots like Dikembe.
Not in my house, you look like pony versions of Dylan and Cole Sprouse.
I'm out so deuces, I'm ruthless, the truth is, I reduce kids.
Call me Ice Cube cuz gangsta rap made me do this.
Good riddance, you've just been smitten.

Snips and Snails were confused as to why all three of them went after them with insults.

"Woah, what did we do to you?" Snails asked.

"Nothing, we felt like we had to assert our dominance," Vinyl explained.

"You think we could hop on a track with the three of you in the future?" Snails asked.

Pinkie thought for a moment, "That would be fun to have even more ponies on a track. Five of us on one beat? That'll be crazy."

"Sounds good, but if they ever request a battle, I'll have to attack their behinds with a verbal paddle," Zecora joked.

Vinyl and Pinkie laughed and nodded in agreement.

Snips and Snails simply took their word for it. P-Unit left the building and returned to the train station. After buying their tickets, they waited for the train to arrive. When it got there, they boarded it and made their way back home. They parted ways for now, but agreed to regroup again for the next show.