Another 2 and a half months had passed. The rap trio had returned home to Ponyville to plan out their next show.

Vinyl suggested Las Pegasus because she had never been there and wanted to have the ultimate party. Naturally, anything having to do with a party would pique Pinkie's interest.

Zecora agreed to go with them and make it a unanimous decision. The three of them stopped and thought about it for a minute.

"Wait, what if that Rain Mane guy tries to stop us? He said something about only finding shows in Canterlot," Vinyl remembered.

"Forget about him, I can go wherever I please. Also, I really don't trust him. I have ideas for our own record label. Two, actually, we can use the same label that Vinyl releases her EDM on or make a new one," Pinkie had clearly been putting a lot of thought into this.

"An idea is forming in me, we could name a new label after the Everfree," Zecora suggested.

"Everfree Entertainment. I like that idea," Vinyl's eyes lit up behind her glasses.

Pinkie nodded, "I don't know why we didn't think of this sooner. Let's go back to Canterlot and tell ol' dude that we want out."

"He is sleazy, something tells me it won't be that easy," Zecora warned.

"He never contacted us about that Next Level single we released. Did he even sell anything? He was only supposed to keep 25% while we split the rest between us," Vinyl pointed out.

"I told you not to trust him. We need to have a talk with him as soon as possible," Pinkie, for the first time in a long time, felt angry.

"We cannot wait, we must set the record straight," Zecora agreed and the three of them left.

They arrived at the train station. They stood waiting for the train to arrive. After a few minutes, the train from Canterlot to Ponyville screeched to a halt.

Ponies were filing out and dispersing in all directions. The last one off that train was none other than Rain Mane.

"How did you know I was going to come here?" he seemed defensive all of a sudden.

"We were actually about to go see you in Canterlot," Vinyl told him.

He let his guard down, "Oh, well, great minds think alike. I have good news about that single."

"We were just about to ask about that," Pinkie raised an eyebrow.

"I know. Like I said, great minds think alike. It was a smash hit. This one little single has gone Gold in only a couple months. Do you have any idea how hard it was to make half a million of those?"

"500,000 copies? I didn't know there were that many ponies in Equestria," Vinyl was shocked.

"Funny thing is, we were just about to try and make our own label. Everfree Entertainment. Ponyville doesn't have a record label," Pinkie Pie explained.

"I see. I get you a gold selling single and you want to bail on me. I should have expected nothing less," Rain Mane was noticeably annoyed.

"Well, you do other genres besides rap. We were hoping ours could be strictly rap based," Vinyl explained.

"Are you proposing a partnership?" this seemed to interest Rain.

"Yes. We'll still release under your label and you still get 25% of the profit, but we want to record in Ponyville so we don't have to take the train every time. It'll also give local artists a chance to feature, if we can find any that are interested," Pinkie explained.

"It would be easier on all of us to just take them to Canterlot if they want features. You might as well stay with Spin Records. Less of a hassle," Rain Mane coaxed.

"He kind of has a point," Vinyl agreed.

"Our stint with Spin Records will continue, but only if we can choose each venue," Zecora suggested.

"We were thinking Las Pegasus. None of us had been there, it'll be a good experience," Pinkie requested.

"I'll see what I can do. We're still a team then, right?" Rain Mane asked to clarify.

"For now. You can wipe the sweat from your brow," Zecora joked.

Vinyl and Pinkie nodded in agreement.

"Good, glad we got that settled. I'll try to get you all a show out in Las Pegasus," Rain Mane turned to see the train back to Canterlot was pulling into the station.

He got on the train. A few others joined him and the trained rolled away.

The three mares returned to Sugarcube Corner. They went upstairs to Pinkie's room.

"We need to make an instrumental, but I don't feel like going to Rain's booth. I was hoping for something raw and gritty. Your turntable might be best for that," Pinkie said to Vinyl.

"Okay, let me see what I can do here," she went to her turntable and switched it on. She started messing with the controls, attempting to find a combination that worked.

She settled on a beat that sounded like this: 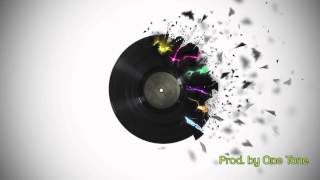 "I really like that instrumental. We'll definitely use that for the Las Pegasus show," Pinkie was hype.

"I'm glad you like it. I'm looking forward to using it," Vinyl was ecstatic as well.

"Quite the feat, you produced that beat very quickly. It will surely be a treat to see everypony on the edge of their seat," Zecora added.

The trio nodded in unison.

"Good, I'll page Rain for you," she hit a button and called up to his office.

"They're here? Excellent. Send them up please," his voice replied from the other end.

The trio went up to the top floor and entered Rain Mane's office.

"You three always have good timing. I booked you all a gig in Las Pegasus," Rain Mane smiled.

"When and where does it start?" Pinkie asked.

"Be there by dusk at the Lonely Hearts Club. You'll have to leave here immediately to get there on time," Rain Mane warned.

"Alright, I got this, don't worry about it," Vinyl's horn began to glow.

A light flashed and then boom. They had teleported to Las Pegasus. They were now on this long stretch of road with restaurants and casinos lining each side.

"Woah, this is crazy," Vinyl laughed.

"There it is. Halfway down on the left," Vinyl pointed. The three mares took off in full gallop, bobbing and weaving past pedestrians as they went.

A very tall and muscular stallion stood by the door. He stopped the 3 mares at the door, "Can I help y'all with something?"

Vinyl nodded, "We're the rap group that was set to perform. P Unit."

The bouncer looked at the list of groups on a poster on the wall, "Yep, you're all set. Go on in."

"Thank you," Pinkie waved and the three of then entered the venue.

There was another mare on the stage with an acoustic guitar. It looked like she had just gotten done with a song, "Thank you for your time. That was my last one for tonight. I look forward to coming back here again sometime."

She thanked him and exited stage right. Another mare's voice came from a circular speaker on the ceiling. "Our next musical performance is a trio of mares from Ponyville. Pioneers of a fairly new genre, known as rap music. Please give a warm Las Pegasus welcome to P-Unit."

The three of them went up onto the stage. The stage crew rolled out a turntable that they used for parties. They didn't need it at the moment.

Vinyl Scratch messed with the settings on it. She was able to replicate the instrumental she made back home, which sounded like this:

When the beat dropped, Vinyl decided to go first again:
Tirek sent me, pulling strings like Flash Sentry.
Magic flying past your face, Blast Entry.
Tragic, lying as a waste, born in the last century.
Packing verbal artillery, leaving you whining like distilleries.
Take this L like Hillary, I leave my foes in misery.
One look at me, you're history.
I'm cooking like a rotisserie.
Other rappers don't interest me.
You're witnessing victory, no this ain't contradictory.
I control the auxiliary, that's the way it was meant to be.
Mind's a little demented, see?
Afraid to report, they'll abort mission like an unplanned pregnancy.
That was not my destiny, but to them fillies, rest in peace.

Vinyl stopped a little early after saying that. The beat was still running, she expected a negative reaction, but there was only a few laughs and the audience applauded her.

Zecora had a chance to think as the applause slowed to a halt. She started her verse:
Seen as a villain 'cause I'm keen to spillin' guts.
If you don't want no smoke then please just keep your mouth shut.
Just call me scissors 'cause I'm always in the cut.
Back at it, a bad habit of killin' cyphers.
A tough code to crack, so you cannot decipher.
25 to lifer, got more bars than penetentiaries.
Just don't make no sense to me how I got off without sentencing.
I got your attention, so I guess it's worth mentioning.
That your life like Pinkie's mane will have no further extensioning.

Pinkie Pie was fuming as Vinyl Scratch and the audience bursted out laughing. Zecora smiled sheepishly, knowing she had made a bit of a mistake.

"No need to croak, it was only a joke," Zecora said.

Pinkie, in retaliation, made an extended version of her Evil Enchantress song. For some reason, it fit well with the beat and the audience found it hilarious:
She's an Evil Enchantress
She does evil dances
And if you look deep in her eyes
She'll put you in trances
Then what will she do?
She'll mix up an evil brew
Then she'll gobble you up
In a big tasty stew
So, watch out!
She'll get the crockpot out.
No one will here you scream or shout.
She's acting like she's real but ain't got no clout.
If she says another word, I'll use this rock to spill her brains out.

Her coltfriend sat across from her. He stifled a laugh, "I know, isn't it great?"

"They're turning on each other. This isn't good," another stallion at a different table pointed out.

"Right. Friends to the end," Zecora had never heard Pinkie say this about her. She was hurt, but tried not to look annoyed.

Pinkie mocked her, "No need to croak, it's only a joke."

Zecora obliged and followed her. Pinkie was laughing hysterically, but stopped when she realized they were her ticket home.

"Wait, don't leave me behind. Thanks for coming out, everypony," she waved and left. The crowd applauded as they exited.

"Pinkie, you're taking the train. That was rude and unnecessary. Your name was the only one that rhymed in that scenario, she was just trying to be funny. The crowd loved it. You didn't have to overreact," Vinyl ranted.

"But she started it," Pinkie sighed.

"I'm finishing it. We're all friends here. Hopefully that ride home will give you time to reflect on that. We'll see you when you get back. Be safe and stay out of trouble," Vinyl waved goodbye as she lit up her horn.

She used the teleportation spell again to get back to Ponyville. Pinkie Pie hung her head in defeat and sighed. She turned and began the long trot to the train station.