The time had come for the trio to make their debut as live performers. They could see the stage set up in the center of Ponyville.

"I've been looking forward to this! I'm so nervocited," Pinkie giggled.

"Nervous and excited. I made it one word," she explained.

"I am prepared. I'll be there," Zecora nodded.

"Good, it looks like Trixie is doing a magic act. After she's done, we'll go up," Pinkie pointed to the stage.

The others looked. Trixie held a yellow dandelion flower out to the crowd. With her unicorn magic, she turned the yellow blossom into an actual lion head with a flowing mane. It let out a roar, inciting applause from the crowd it had amassed. She repeated the action and the lion turned back into a flower.

"That was really cool," Vinyl said.

"AND FOR HER FINAL ACT, THE GREAT AND POWERFUL TRIXIE WILL MAKE HERSELF DISAPPEAR. I thank you all for watching my performance. Enjoy the festivities," her horn glowed and a cloud of smoke appeared. When it cleared, she was in the crowd with everypony else awaiting the next performance.

Mayor Mare ascended the stage, "Thank you, Trixie, that was a great performance. Our next one is a musical act known as P-Unit, which consists of local mares Zecora, Pinkie Pie, and Vinyl Scratch. They will be 'freestyle rapping' for us this evening. Please welcome the three of them to the stage!"

"That's our cue," Pinkie skipped over to the stage.

PON-3, with the help of a few members of the event staff got her turntable set up and ready to go.

"Are we still using that instrumental from the other day?" Pinkie asked.

"No, I'm burnt out on that one. I was gonna drop a surprise one and flow to it. Let me get a new beat set up," she replied.

Zecora waited patiently, it appeared the whole town of Ponyville was here. There were some outsiders she didn't recognize as well.

They responded with a loud, "YEAH!" in unison.

"Okay. I got first verse, then Zecora, then Pinkie. Same order as usual," Vinyl said.

Pinkie and Zecora nodded, getting ready for their turns to rap. Vinyl laid it down and it sounded like this: 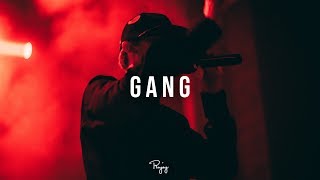 When the beat dropped, the crowd went silent, they appeared to be intrigued by how it sounded aggressive and relaxing at the same time.

Vinyl started her verse, which sounded like this:
Ripping it, always been killing this.
When I spit, venom hits, you know I'm limitless.
Sending this track out for Ponyville.
This beat will not be my only kill.
Spitting that fire, you know we will.
P-Unit on top, we got lonely skill.
Roll with it, I got a bone to pick-
-with everypony in the industry.
You ain't as real as me, I am a real MC.
Where's the humility?
You cannot deal with me.
Facing me's an exercise in futility.
Guess it's a mystery, I turn wack rappers to history.
They're still trying, it don't make no sense to me.
Their verses ain't worth no bits to me.
I got the better positioning.
Nopony's landing a hit on me.
This here is greatness you're witnessing.
Fear me, I'm weightless, PON-3 is making your playlist.
Steady sending shots, but they missed.
Daily basis, they can't face this.
Time wasted, you're better off copy pasting.
Dispatched with haste to lay waste to these wannabes.
Do not respond to me or you're a goner.
See, the difference between me and you-
I'm rocking venues and you're stacking menus.
I'm serving lyrics, you're serving critics.
I'm too sick with it, I'm quick witted.
You're soft like kittens, I'll wear you out like mittens.
Keep playing, you will be smitten.
Original style, so you know there's nothing bitten.
Freestyle off the top, there ain't nothing written.
I'll be wild, spitting bars til I'm wrinkled and senile.
I beguile and defile and I do it with a smile.
It's evident you are not relevant-
hesitant to face this Ponyville resident.
You resent me? Allow me to present Zecora.
Back again to spit nightmares for ya.

The crowd cheered for PON-3, then settled when Zecora was passed the mic. Not wanting to be outdone, she began her verse:
Apple buckers try to test me, they must be crazy.
Fillies wanna mess with me and things gets messy.
They ain't ready, popping these heads like cherries.
This Everfree beast is about to unleash her venom.
This scum really can't stop my momentum.
Here I come, back again to mess with the system.
Nothing's more fun than sharing parting words of wisdom.
Some bum's tryna question my income.
Just ask your mum, I get a lump sum and then some.
I welcome everypony to my kingdom,
I've forgotten where I've hidden my victims.
They were fine at first, but then they started showing symptoms.
Blocking all you apple buckers out like prisms.
Everything I say causes nothing but schisms.
Ain't my flippin' problem if you hate my mannerisms.
Spit my flows to confuse my foes like algorithms.
Constant criticism causes cynicism,
Center stage, got no critics with them.
Prepared to engage with my verbal venom.
Spin 'em like spider webs, I'll catch you in 'em.
Beat snatching your ears so that you will listen.
Like we said, there's nothing written.
Hop off the top like a trampoline.
I'm always taking it to the extreme.
Zecora out, I'll let the Pink Menace handle this.

The beat slowed down once again, the crowd went ballistic after hearing Zecora's verse. Everypony knew Pinkie Pie could rap, they had heard her before. They were still curious as to what she was going to say.

The beat dropped a third and final time and Pinkie Pie began her verse:
Coming in with new madness.
Y'all seem to think I'm out of practice.
Using several apparatus to cause disastrous situations.
I'll drown you in a basin,
Leave you squawking like a raven.
Bash your head into the pavement,
Engrave my name into your brain.
Drain your fluids into the environment,
Bloodstains will leave it polluted.
You're eliminated, emaciated.
You've been assassinated,
Alienated, everything you've said was exaggerated.
You're conceited, already defeated.
Because I'm insane,
I bring pain by tying a chain around your neck,
Choke you 'til your blue and split your veins for residue.
You may have had an image to maintain,
But now you're slain.
Causing a cataclysm, committing cannibalism.
I'll kill y'all one by one, call it individualism.

The track ended and the three mares of P-Unit stood at center stage. The crowd erupted into cheers, all except for one. A stallion in a slick black suit. He was sporting a monocle as well.

He spoke to the mares once the cheering died down, "Good show, everypony. Allow me to introduce myself. I'm Rain Mane, I own a label in Canterlot called Spin Records. I came here hoping to find some musical talent at this festival and you 3 are exactly what I was looking for. I was wondering if you'd all be interested in joining us. We'll set up venues all over Equestria for you lot to perform at. Canterlot, Baltimare, Fillydelphia, Manehattan, Las Pegasus, you name it. I'll handle getting your names out there. All you 3 have to do is show up and rap. Real quick, real easy, we'll all be making bits and you will be household names all over Equestria. Does that sound like a good deal or what?"

Pinkie Pie stared at the stallion, bewildered, "This sounds too good to be true. Are you for real?"

"Of course. What would I accomplish with dishonesty?" Rain Mane asked.

"If you want to, I'll go along as well," Pinkie agreed.

Zecora raised an eyebrow at the stallion, "I suppose time will reveal if you are the real deal. I'll tag along and then decide how I feel."

"Excellent! I'll get back to you lot soon. Pleasure doing business with you," Rain Mane turned and trotted back into the crowd. He was gone just as quickly as he came.

"Where did he go?" Pinkie scanned the surrounding area.