Zecora, Vinyl Scratch, and Pinkie met in Pinkie's room again. They only had a week before the Night Mare Night celebration, so they met once again to plan and prepare for it.

"Hey, Vinyl, I know it's only been a couple days, but do you have a beat for us yet?" Pinkie Pie asked.

"I made a few. I'm having trouble picking one," Vinyl Scratch nodded.

"I already know this will be fun, so I will go with either one," Zecora said.

"Thanks, Zecora. Here are the options I have. If they're good enough, maybe we can use one at the celebration next week," Vinyl said.

"Play the first one, we can go one at a time and look at each one of them carefully," Pinkie said.

"Okay, here's the first one," Vinyl changed disks and set the the needles down. 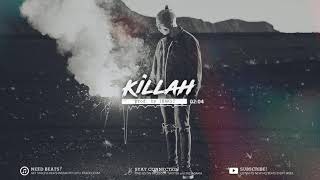 "Good Luna, this one slaps. I can feel the vibrations in the floor," Pinkie giggled.

Zecora smiled and nodded in agreement.

"I'll spit something to it, to see how it sounds," Vinyl said.

Zecora sat, patiently waiting for her to begin.

PON-3 come through, I am haunting your crew.
Taunting y'all like: "What the buck you gon' do?"
Task of taking me on is a daunting one too.
Flaunting my rhyming skills, I speak the truth.
Jealous 'cause y'all can't produce.
Well, it's obvious you're too obtuse.
Bemused and confused, it just leaves me amused.
Believe me, you gon' up end up on the news.
I make it cool to be rude, you're just a tool to me, dude.
Ain't nothing new to me, I spit these eulogies.
I'm too sick, I got a new disease.
I am outdoing these foes.

Vinyl cut the beat off, a smile on her face, "I love this one. Wanna hear the other two?"

Pinkie smiled, "Sure, you did great!"

Zecora nodded in agreement, "Let it run, I want to try the next one."

Vinyl put on the second beat, which sounded like this: 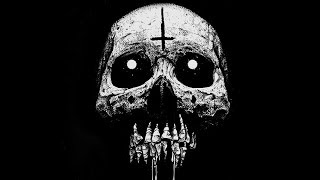 Zecora liked the more relaxed sound to it, "This is very nice, I believe it should suffice."

Vinyl reset the beat and Zecora began to take her turn:

I've been employed destroy this beat.
Toying with fools til they accept defeat.
Please back off, I suggest that you retreat.
I may be a Zebra, but I come through with heaters.
They call me Nas, cuz I'm spitting that Ether.
None of these MCs as good as me either.
I am quite the strange creature.
Taking their souls like the Grim Reaper.
Acting like foals cuz they're bottom feeders.

Vinyl cut the beat off, "That was good, Zecora."

"I guess I'll spit over the last beat," Pinkie said.

The third and final beat sounded very familiar, but Pinkie couldn't quite put her hoof on it: 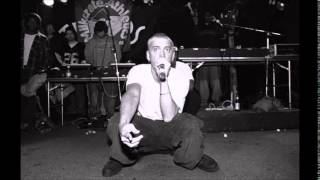 "I swear I've heard this before, where have I heard this?" Pinkie tapped her chin with her hoof.

She listened to it a little longer, "I can definitely do something with this. I might do my own track with this beat. I love it. It sounds really silly," Pinkie contemplated.

"Here we go," Pinkie began to spit her verse.

Once upon a time, not long ago.
There was a filly about to grow.
But her scheme failed, as I knew it would.
Now she's stuck in Tartarus for good.
So these silly little fillies, they were misled.
By an innocent face with malice in her head.
Like: "Me and Tirek, we're gonna fix the past."
"Just answer my letters, we'll succeed at last."
Hey, Discord, would you like to plug in this cord?
There's no way anypony can be this bored.
Cozy Glow, you know you're about to get floored.
Cuz she blows, and her blood's about to get poured.
Gotta turn the E rating to a T for spilled gore.
Why you keep tryna mess with me for?
Rest assured, you'll be in Tartarus for sure.
Ain't nothing left but pain for you to endure.
Attitude's poor cuz she's a piece of manure.
Go figure, how could she have been so immature?
Better lower that temperature, cuz you no longer have expenditures.

Cozy Glow, oh, Cozy Glow
You are wack, that's all we know.
Attack again, you're dead for sure.
Please spread the word, I know you heard.

Cozy Glow, oh, Cozy Glow
I bet you can't even flow.
How far down does Tartarus go?
I had to ask, cuz I don't know.

Vinyl cut the beat off after Pinkie spit her verse, "Why do you always turn your verses into diss tracks against past enemies?"

"I feel like they'd be afraid to face us again, especially since I got access to pens," Pinkie rhymed.

"I don't know which beat to pick. I like the first one 'cause it shakes the whole building when I bass boost it," Vinyl said.

"I like the second one, it's easy to run with, and I don't have to think a ton," Zecora added.

Pinkie sighed, "I liked the last one 'cause I still feel like it goes to a song I heard before, I'm proud of my version, if it isn't the original. Don't get me to lying. My Pinkie Sense is rarely wrong, but it has been before."

"Well, we all like each beat. How are we going to pick?" Vinyl asked.

"We can flip a bit, that's how I make most on the fly decisions," Pinkie giggled.

"Well, that would work, but there's a third option, not just two," Vinyl pointed out.

"We'll have to narrow it down somehow," Zecora shrugged.

"We need a third party opinion, since we can't decide ourselves, maybe somepony else can pick for us," Pinkie suggested.

Zecora nodded in agreement, making it a unanimous decision.