》When? When Will You Notice My Secret?《 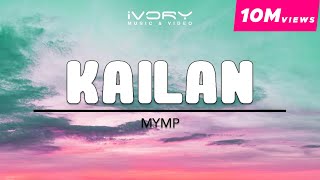 After her little number,Twilight remained seated on the log, hugging herself tighter as she stared at her reflection in the pond. Lost in her own world as she couldn't help but imagine herself as Midnight Sparkle,wreaking havoc across the multiverse. She closed her eyes to console herself.

Keep it together,Twilight. You just have to make it through the week.

"TWILIGHT?!" A familiar voice from the forest screamed her name,snapping her out of her thoughts. She looked over her shoulder to see the familiar mop of red and gold hair making there way towards her with a relieved smile. Just seeing her made Twilight's heart beat faster than it usually does.

"There you are,i've been looking for you. Why did you run away?" Sunset sits down beside her and Twilight looks away,she didn't want Sunset to see her like this,looking so weak and pathetic. And also so she can't see her blush.

"It's nothing you should be concerned about,Sunset." Twilight said mostly to herself.

"It is something I should be concerned about! Is this about what happened at the docks? Twilight,that wasn't your fault!" Sunset tried to console her as she reached out her hand but Twilight stands up before her hand could even make contact.

"But it is! Sunset I could've killed both Derpy and Sandalwood because of this! I-I...could've...could've-" Twilight's back was facing Sunset so she was genuinely surprise when she was violently turned around and felt a strong grip on her shoulders. She found herself staring into a pair of mesmerizing teal eyes that she could easily get lost in.

"Don't think like that,Twilight. Neither of us saw how it happened back there so don't blame yourself. If anyone should be to blame for all of this it should be me,I was the one that brought magic into this world. I caused all this craziness to happen but even so I still have hope that I can fix this,that I can restore everything back to normal and I won't have to face this alone. The light of friendship will always shine at the end." Twilight couldn't believe that Sunset would take the fall for all of this after all that have happened.

"B-but the things I did as Midnight Sparkle-" Twilight argued but Sunset cuts her off.

"Are nothing compared to the things I did,believe me all the things I did before I was redeemed was totally out out of context." Sunset chuckled as she lets go of Twilight's shoulders to cross her arms.

If possible,Twilight blushed even more at the sound of Sunset's voice getting a little deep by her chuckling."C'mon we should probably head back to camp."

Twilight said nothing but just nod her head and trailed behind Sunset,too shy to walk beside her. But Sunset noticed right away that Twilight wasn't walking beside her so she slowed down her pace so they were side by side.

Twilight felt something warm grasp her hand,looking down she concealed her urge to squeal right then and there.

Sunset held her hand tighter and Twilight was ready to drop everything out. She was finally ready to confess to the girl she had been crushing on for months on end.

"What are you two doing out here?" A familiar unwelcomed voice asked from behind. Looking back they saw Timber Spruce coming out of nowhere in particular.

"Gone for a nature walk but got lost on the way back." Sunset saved her at the last minute but unfortunately she let's go of her hand to gesture to the forest.

"Oh,why don't I walk you? I know a few shortcuts around these woods." Timber offered,before Twilight could even utter a word,Sunset beats her to it.

"Sounds great..." Looking back at Twilight,Sunset got an idea and lets a smirk grace her lips as she turns back to Timber."...actually. You two should go ahead. I'd still like to explore these woods for a bit if you don't mind?"

Sunset pushed Twilight towards Timber,not even letting her have a say in all of this. Timber shrugged nonchalantly agreeing to the idea." Sure,if you'd follow me,please."

"U-ummm,sure." Twilight said in response and walked alongside Timber as he lead them out of the woods.

Looking over her shoulder,she saw Sunset giving her a thumbs up and with a knowing smile Twilight got her answer.

She looked at Timber and had to admit that he was indeed cute and handsome, she guessed? But if this was Sunset's intention then she might aswell give it a shot. "Sooo,Timber? Care to give me a brief history about  camp?"

Sunset Shimmer stirred awake as felt something shook her shoulder. Cracking an eye open she was greeted by Twilight's tear streaked face,the tiredness of her body leaving at the sight that she instantly sat up and asked.

"Twilight,what's wrong? Why are you crying?" Sunset asked worriedly but Twilight didn't give her the answer she wanted.

"Can I-I sleep b-beside you? I-I j-just really need the comfort of a friend right now." Twilight said softly as a fresh batch of tears falls freely. Sunset didn't hesitate to make room for Twilight and the bespectacled girl layed down beside her with her back turned to her friend.

"It's no problem. Anything to help out a friend."

"Yeah..." She didn't get a response and figured that Sunset already went back to sleep. She removes her glasses and was ready to fall back into a night of torture brought by her own demon until she felt some pressure on her side.

Looking under the blanket she saw an arm had rested and also felt something breathing against her ear. It took her only a few seconds until she blushed and started to feel giddy and lighter than air.

She closed her eyes with a smile and for the first time this week,she wasn't haunted by Midnight Sparkle or her threats.

Spike groaned as he was awoken by the rays of sunlight coming from the tentswindow and hits him square on the face.

Opening both eyes,Spike got on all fours and shakes his body and after stretching his limbs,Spike jumped from his bed to Twilight's ready to wake her up. But saw that there was no one there.

He turns his head to look at Sunset's bed to see his master was held in the embrace of Sunset Shimmer.

Spike jumped off of the bed and made his way to the flaps of the tent and exited,breathing in the fresh morning dew. He studied his surroundings,surprise to see that at least seven students were already awake and two among them were Rainbow Dash and Fluttershy.

"Thanks again for accompanying me on my nature walk,Dashie. Even if I told you it wasn't necessary."

"Are you kidding me?! Of course it was necessary,i'm not leaving my girlfriend alone in the woods knowing that there might be some shit-face creep lurking around! That would just be fucked up!" Rainbow protested but Fluttershy just released an adorable giggle and kissed her lover cheek.

"Hey girls!" Spike greeted as he got closer to them,luckily he wasn't able to hear any of the things Rainbow just said.

"Oh! Good morning,Spike! What caused you to wake up so early?" Fluttershy greeted the pup as he ran into her arms and licked her cheek mercilessly but she wasn't fazed by it.

"I was just in the mood really. I couldn't really do my usually routine in waking up Twilight."

"Why? What's up?" Rainbow asked

"I just found her sleeping beside Sunset and I didn't bother to wake her up." Spike replied as he was set down on the grass.

"Oh? You don't say?" A smirked made its way into Rainbow's face as she suddenly made a run to the sapphire tent to capture the scene,leaving Spike with Fluttershy.

"I honestly don't see how you could keep up with her."

"You'll get used to it someday."