This is why we can't have nice things.

This is why we can't have nice things.
By:Prince Galaxy
Edited By:Chrome Masquerade

It's been six months since Equestria appeared. They decided that they had the right to exterminate a sentient species; seven billion of them. They almost won. Key word, almost. There were only one thousand of us left, but that's when I discovered some... Special things.
One day I took a sniper rifle and jumped, did a three sixty, and I shoot every single one of my dummies in the head, do that three times again and you realize, shit is off. So yeah, I have the aim of a Demi-god. So what?
Fast forward to tomorrow, I play poker. Is it normal that I get the best cards every time?
Fast forward again. This was unexpected. I put on my sunglasses to be cool. The world around me obeys my command, seems like normal everyday life. Right?

"Well, time to take our land back. Wanna spectate?" I asked.

"I don't see how I cou- Oh yeah, forgot about the whole super power thing."

"I'm going to get the show going. Time to snipe some fools." I said.

"So, who is next?" Celestia asked.

"A human apparently; a child. Clearly not the sharpest tool in the shed."

"Let him in." Celestia said.

"Hello! So, I'm here to threaten your nation to a war unless you give us all our countries back and a lot of other shit." I stated.

"Why don't you take it directly? I'm sure my guards would be glad to convert you." She said with a grin.

"It's called trying to talk before doing." I said.

"Unfortunately, your kind isn't known for doing that." She returned.

"It's the truth that hurts most." She said, giggling. A princess needs to cool off sometimes.

"Using that logic, admit that you can't control the sun." It. Is. On. You could hear a faint explosion in the distance. Yes...Yes...The memes and swag are working...

"It doesn't matter. All your kind will be converted. Now, little child, let the guards take you to get converted. It's going to make your life a lot better!" She said.

"Well, if you don't respond peacefully, violence will have to be employed.Shining Armor! Take him." She ordered.

Time to make this as cool as possible. With a flick of the wrist I went invisible.

"Potions, alchemy, fackin' magic!" I said as I launched a grenade that de-activated all magic.

"The more you have... The more it hurts when it all gets taken away from under your hooves." With that said, I walked up behind Shining Armor and sliced his throat open.

"How could you!?" Celestia shouted.

"Because there is one thing that I know... It's that a six inch blade never loses reception." That's when half of all the military of Equestria fell to the ground, cold. Dead.The power of badass. 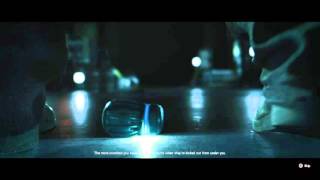 "You see, my teacher told me that, for how shy I was, I should be quiet. I didn't listen to her advice." Boom, all the military infrastructure gone!

"What dark magic is this!?" She asked, enraged.

"All your base is ours!" And down goes a quarter of their military, again. "And another one!Another one!" Down the entire military goes. The elements had arrived by now.

"Stop now, you demon, or we will destroy you with the elements of Harmony!" Twilight said, clearly not noticing her brother's body.

With that they shot their rainbows at me. But I retaliated with a dab. Hell, it worked! And the elements blast off again!

"BY THE POWER OF DORITOS!" An aura started forming around me."MOUNTAIN DEW!" The aura enveloping the entire throne room."MLG GAMING!" The aura started representing the things that I said. "SWAG!" The aura becoming more complex with ancient writing. "THE MIGHTY MLG SNIPER RIFLE AND THE OBEY CAP!" Cause I could. "TO CREATE THE ULTIMATE SWAG SUNGLASSES OF BADASSERY, AND, THE FINAL WEAPON, THE GOLDEN KNIFE!" And with that, I stabbed Celestia, her body disintegrated with her shouting, "Nooooooooooooo!".

My mission was done. Humanity was back on top with the power of MLG, I was on the throne. On my right was Luna...
WAIT, SHE DID WHAT!? SHE BOWED?!

"To the grand master of gaming, I shall forever worship you." She said.

"Ok, consider me as your equal. I'm a liberalist." I said.

"Yes, but you have to prove yourself and put our culture back on track. You will be accepted as a nation of our world. Also, go get the elements.
Don't know where they went." I said. "Wow, it is Lit AF!" I done did it!